Whenever any layer 3 is connected to vPC domain through vPC, each vPC peer device is seen as distinct L3 device by rest of the network.

Below figure shows the distinct views depending on layer 2 and Layer 3 version on network.

Connecting any L3 device to vPC domain using vPC is not supported because of vPC loop avoidance rule. If you want to connect any Layer 3 device to vPC domain than use L3 links from l3 device to each vPC peer device where these link can be one and to up to 16 and thus provides ECMP function and load balances the traffic across all L3 links.

L3 device will not initiate the L3 routing protocol adjacencies with both vPC peer devices. Traffic from L3 device to vPC domain (i.e. vPC peer device 1 and vPC peer device 2) can be load-balanced across all the L3 links interconnecting the 2 entities together.

Following are some supported topology and shows how we should connect the Layer 3 device to vPC domain. 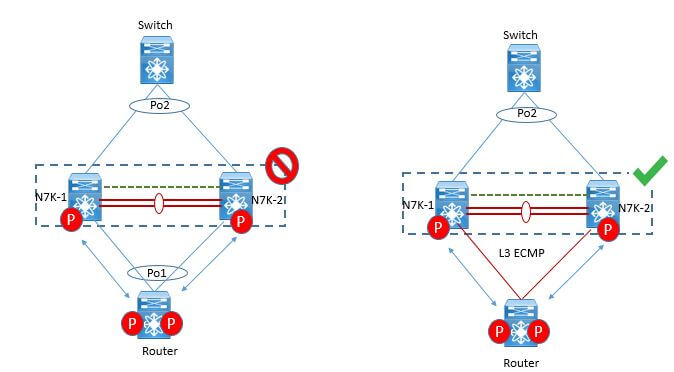 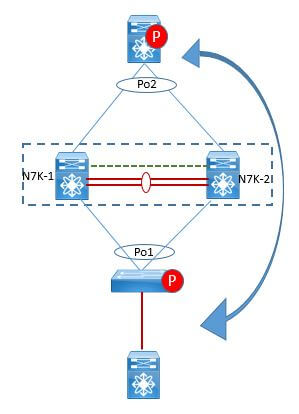 In this design, vPC is used as a pure L2 transit path. Because there is no direct routing protocol peering adjacency from L3 device to any vPC peer device, this topology is entirely valid and fully supported 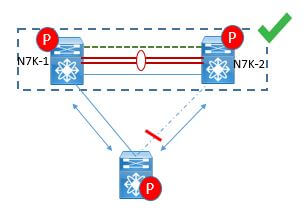 L3 device can be connected to vPC domain using STP interconnect links. Non-vPC VLAN must be used for this type of connection. A dedicated inter-switch link needs to be added across the 2 vPC peer devices to carry non-vPC VLAN traffic. vPC peer-link must not be used for this purpose 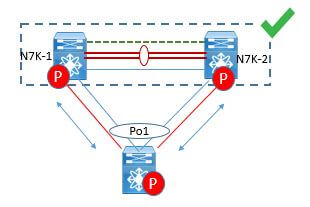 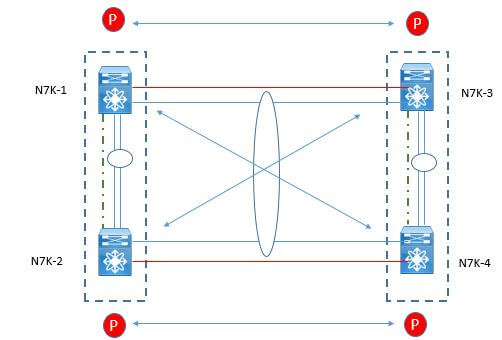 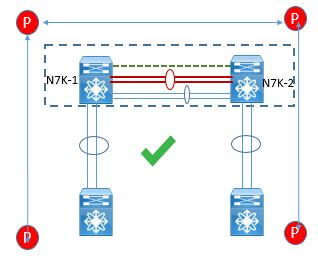 Below is the some Layer 3 unsupported design with vPC. 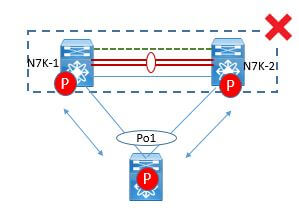 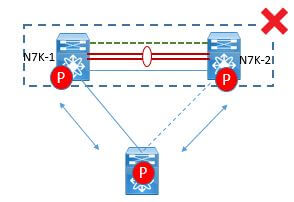 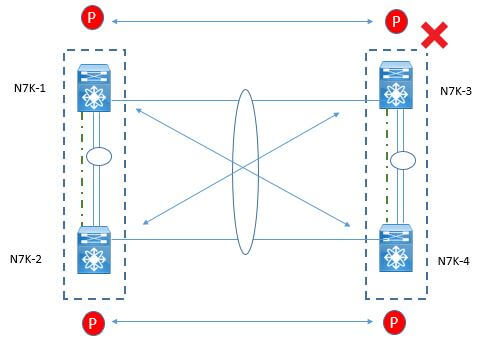 Backup path is used to provide the alternate layer 3 path to core in case of L3 uplink failure.

Let’s understand this by example and by given figure: 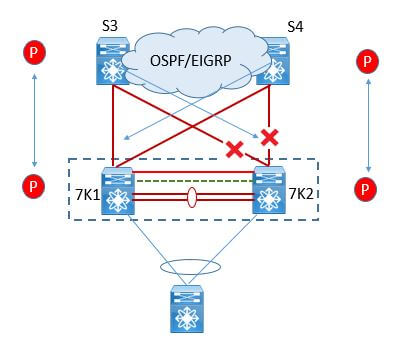 L3 Routing path across two vPC peer switch is a point to point link on which any dynamic routing protocols forms the peering adjacency between two routers or switches.

Let’s say in above dig if L3 uplinks on N7K2 fails and when any routed traffic which is sent from any access layer switch to N7K2, N7K2 will use it backup path to send the traffic to its Operating L3 uplinks.

There are several ways to configure Layer 3 Backup path.

Whenever we configure the HSRP and VRRP in vPC domain , it behaves or operates in active-active mode, means all the ARP request and replay are handled by HSRP Active but for data traffic both Active and Standby acts as active-active . From a control plane standpoint, active-standby mode still applies for HSRP/VRRP in context of vPC; the active HSRP/VRRP instance responds to ARP request. HSRP and VRRP operate in active-active mode from data plane standpoint, as opposed to classical active/standby implementation with STP based network.

If any traffic is send to HSRP standby, instead of sending to HSRP Active over vPC peer-link it acts as Active gateway and forwards the traffic to northbound.

The standby HSRP/VRRP vPC peer device just relays the ARP request to active HSRP/VRRP peer device through vPC peer-link.Here also same vMAC is used as Gateway MAC address at both Active and Standby switch. You can see this by following output:

Now from data point of view both peer devices are forwarding because of G bit (gateway bit) implementation for HSRP/ VRRP vMAC in MAC address table.

When we use HSRP and VRRP in vPC we should not use object tracking to track the L3 uplink failure because this event causes the resulting SVI and its associated HSRP/VRRP configuration to DOWN state. 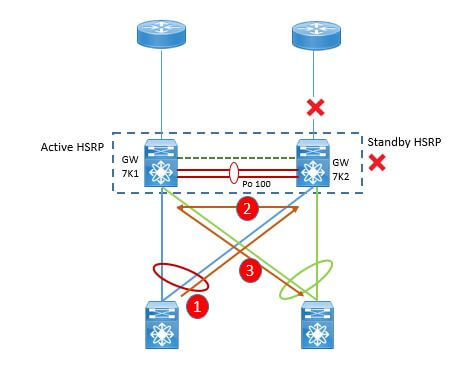 So every time 7K2 receives a frame destined to HSRP/VRRP vMAC, it bridges this frame over vPC peer-link because the other vPC peer device is able to process this frame (as SVI with associated HSRP/VRRP configuration is still in UP state).

Using vPC with HSRP/VRRP object tracking may leads to traffic black holing in case object tracking is triggered: the reason is that vPC systems will not forward a packet back on a vPC once it has crossed the peer-link (because of the vPC loop avoidance rule), except in the case of a remote vPC member port failure.