In the core datacenter layer switches usually COS and DHCP marking are not required because mostly these marking are done at access layer or Virtual access layer switches. In this case core layer has main responsibility to manage packet loss and core layer should trust the CoS and DHCP marking on ingress and perform the ingress and egress queuing.

In Nexus 7000 Switches, there are F and M module both supports QoS out of which we will see the differences in architecture and capabilities between these two M2/F2 Modules.

Nexus 7000 trust the QoS marked traffic by default according to following rule: 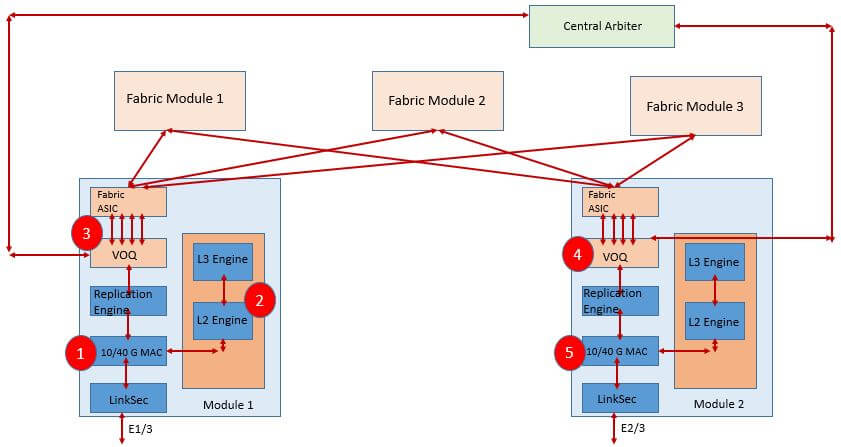 In Nexus 7000 M2 Modules following are QoS policies applied in marked places in above diagram:

Here ingress and egress QoS policies can be configured manually or used default but fabric Qos for VOQ Queuing is not configurable and is made standard across nexus 7000 Series.

You have learned how VOQ works in Module 1 Hardware chapter, so here we are only giving snapshot of it. As soon as Qos Marked traffic inters in to Module based on its Ingress queuing policies which will be described later in this chapter, packets are queued in VOQ as per following table:

PQ1 is strict priority queue and Q2 to Q4 are scheduled with weighted Round robin (DWRR) and are assigned equal weights. These above mappings are static and are not configurable. Once central arbiter grant the permission the Packet from ingress module VOQ will be sent across to Fabric Module and are queued in to Egress VOQ queue and then is scheduled according to its marking and queue priority weight to be queued to Egress Queue by egress Queuing policy and then finally transmitted to output interface. 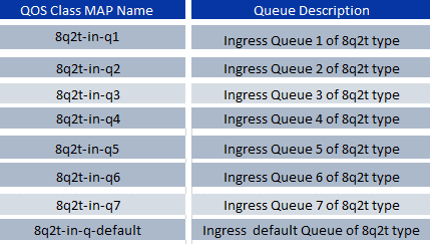 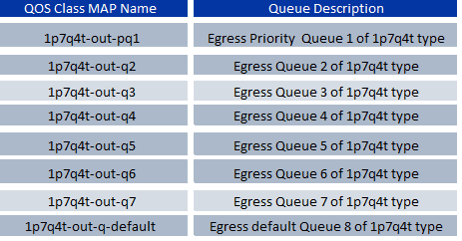 Also queuing feature are enabled by default on nexus 7000 via system defaults policy-maps applied on each interface and port-channel. The default 8Q2T ingress and default 1P7Q4T egress queuing models are given in below figure: