Here we are not much going to discuss about the Nexus 5500 Hardware Architecture but yes we will discuss how Nexus 5500 manages the QOS and VOQ concepts.

Each Nexus 5500 is composed of following components: 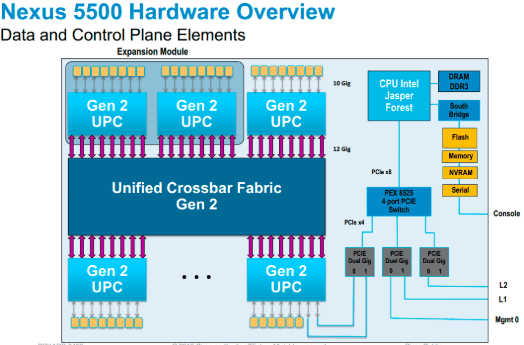 In Nexus 5500, all packets are managed by UPC and are never managed by Control Plane CPU. All classification, Marking, Queuing, Policing are done in hardware either on Ingress UPC, Egress UPC or On Crossbar fabric.

Whenever any nexus 5500 receives the packet and destination interfaces is congested then the nexus 5500 queues the packet at ingress port. In ingress the ingress port has very less buffer say 640KB which is not good enough in traffic congestion in that case the VOQ plays very important role in queuing.

Let’s say there are three ingress ports sending packets to single egress port which is congested. Packets are queued at ingress port buffer until egress queues are somehow empty to process next packet.

Central arbiter manages the queues on each port which further provides the access to cross the crossbar fabric. 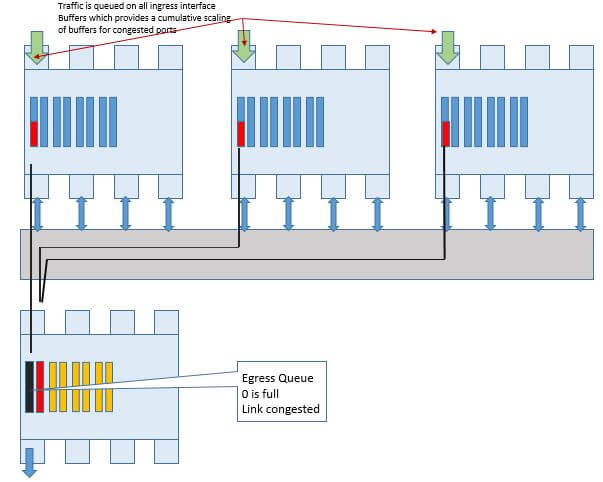 Here Queue 0 on egress port is congested while other 7 queue is still not congested then in this case the central arbiter will notify the ingress port to queue the packet for Queue 0 till congestion is cleared on egress while packet on rest queue will keep on flowing as it is.