In order to understand the traffic flow, for data to flow, following steps are Nexus follows: 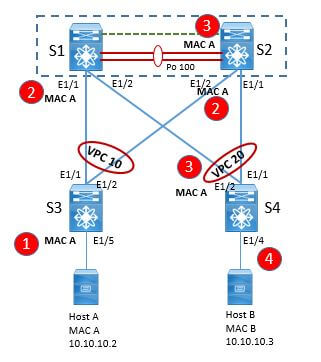 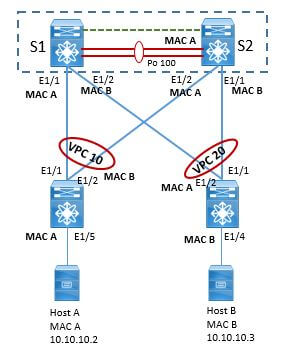 Same ways the Return will flow from Host B to Host A.