Fabric Modules are like backplane of nexus Switches, when all the Line cards, Supervisor are inserted to nexus Chassis, then all line cards and supervisor modules are connected to each other via fabric Module. Traffic between Ingress and egress line card must pass through Fabric modules.

Fabric Module are like Meeting point of all line cards and supervisor modules.

Nexus 7000 Supported fabric Modules are given below:

Below is the detailed description of Nexus 7700 supported fabric Module and its BW capacities. 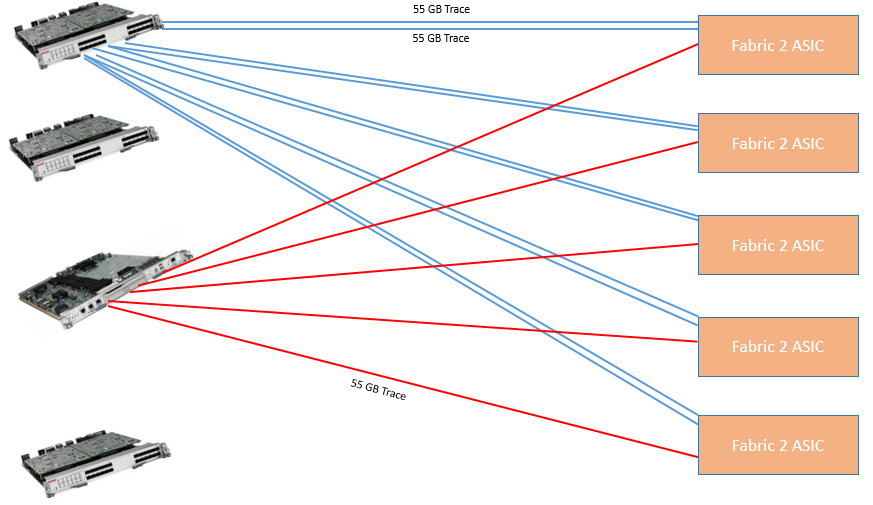 Three stage for Fabric Modules Nexus 7000 is given below: 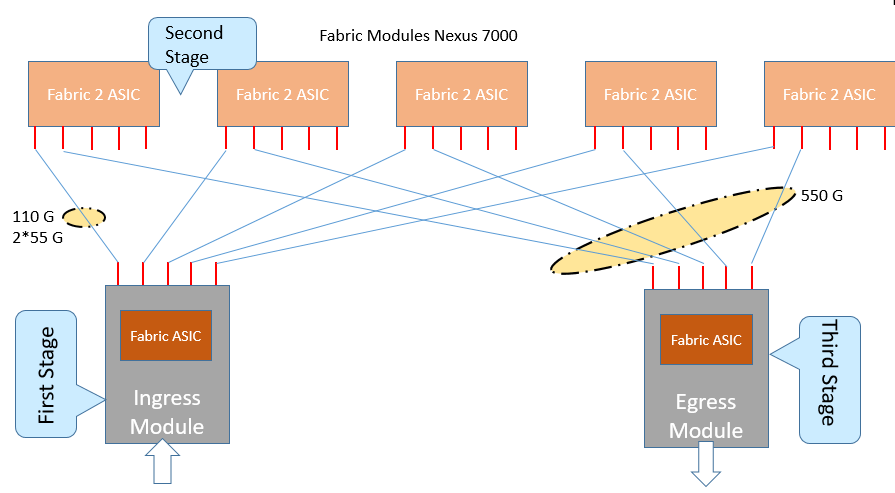 Now we can also see the Fabric model internal connection on nexus 7004 Chassis.  In fabric ASIC is present in Supervisor engine and each line cards are connected to each supervisor with 2 Fabric channel of 55 GB each. 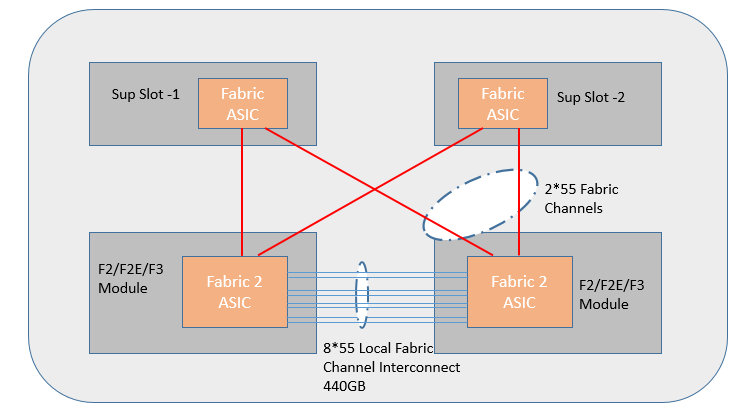 Virtual output queuing (VOQ) is a virtual queuing technique in which instead of single queue for all traffic, separate queues are maintained for each possible output location. It also solves a common problem known as head of line blocking.

Problem: HOL (Head of Line Blocking): Suppose there is a road, which connect to a stadium and a mall, and cars are going to both location, Please refer the below picture for more understanding, according the below picture 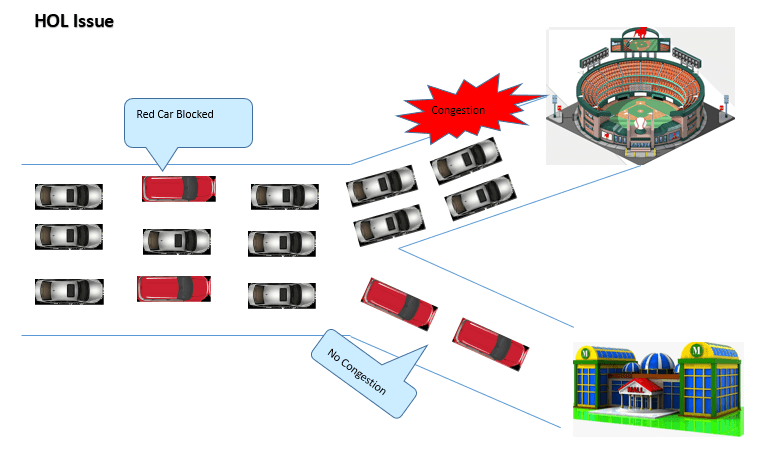 Now the solution for this issue is to create the two separate QUEUES, for Grey cars and Red Cars. But we  still have a problem , that what if the traffic towards stadium is huge  which caused the stadium full , then in that case , all Grey cars which on still on its lanes have to moved back . 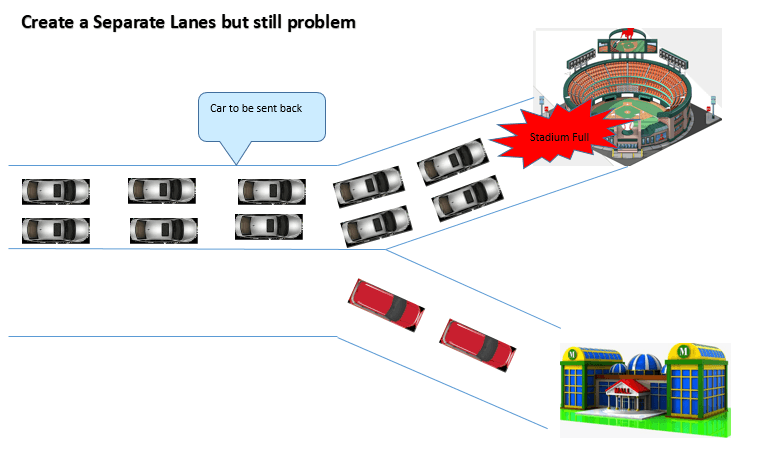 Another solution is to introduce the Arbiter , so any  cars ( Gery or Red ) wants to go to Stadium or mall , has to take permission to Arbiter , if the Arbiter find that space are there to accommodate the traffic , it will allow to enter the cars ( traffic ) in to that queue else it ask  for wait . 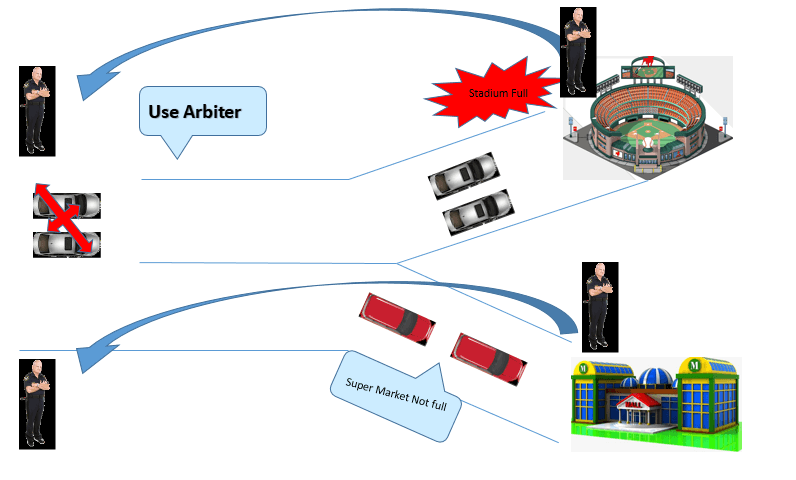 Egress Buffer are those virtual buffers which are 4 in priority (0-3) per Port Group in Line cards. If line cards is of 24 ports and it supports the Grouping of 4 ports then there will be 8 groups of even and odd numbers of ports and each group will have 4 queue with priority (0 to 3). Please refer the below picture for more clarity.

Following are the steps used by VOQ for proper working of its operation.

Step 1: In the First step, each module inform the supervisor about the egress buffer available to them for each port group as well as they will share their own egress buffer information to each ingress module 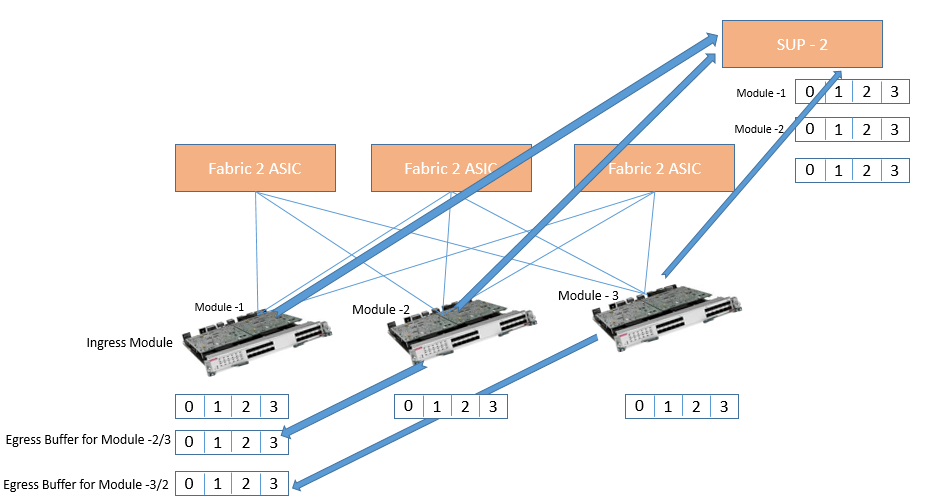 Step 2: When a frame is to be switched between modules, let say from module 1 port 1/1 to module 2/3 port then the packet has to cross the fabric module (backplane). In this case ingress module queue the frame to VOQ of module 1 and request permission to transmit the frame over crossbar fabric to supervisor. 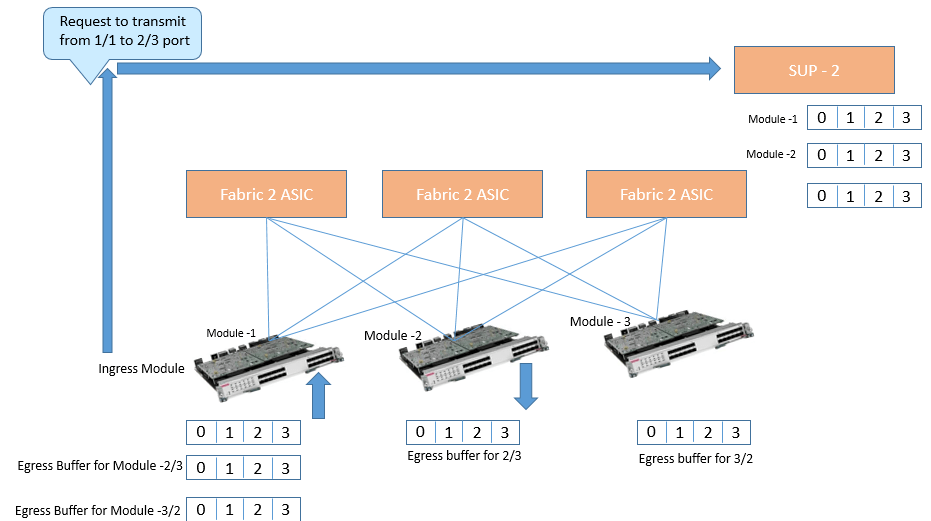 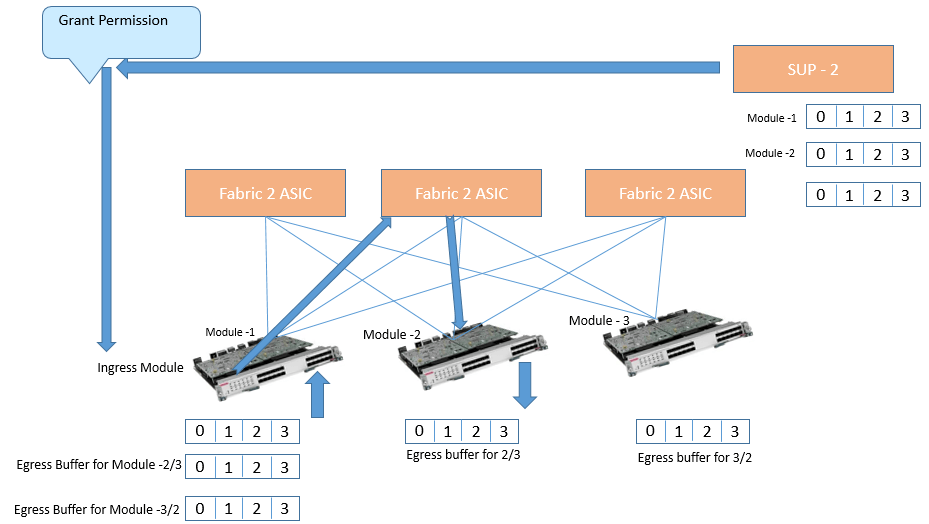 When the egress module  forwards the frame to physical port then it notifies to supervisor that egress buffer for that port is available .

For better video quality : Select Setting and select Quality either Auto or 720P.