In this VXLAN Training Course content you will learn about how to configure, deploy and implement VXLAN in Datacenter Fabric in multi-tire environment. The VXLAN Technology is supported on multivendor products like Cisco, Juniper, VMWARE, however the implementation and configuration along with design of VXLAN can vary from products to products.

This VXLAN Training Course enables you to learn VXLAN in deep details like VXLAN perquisite, VXLAN Bridging, VXLAN Routing, VXLAN over Multicast and also how to configure VXLAN on MPBGP-EVPN scenario. For each Section you will learn the Traffic flow, Control plane build, and then How Data Plane flows. VXALN is Overlay technology and knowledge on Underlay protocol like EIGRP, OSPF is must. Here we have implemented VXLAN via Multicast and MPBGP-EVPN on Nexus 9000 Series switches platform.

VXLAN stands for Virtual eXtensible local Area Network because it extends the L2 Boundary beyond 4K over L3 medium.VXLAN is MAC over IP/UDP overlay scheme which increases Layer2 network from 4K to 16 Million.VXLAN allow Layer2 traffic to be extended over or across datacenters via using same L3 network.

Following are the major motivation factors that led to the invention of VXLAN.

It has a unique IP address that identifies the VTEP device on the transport IP network known as the infrastructure VLAN. The Ethernet frames are encapsulated by using this IP address by VTEP device and is transmitted to Transport network through th IP Interface. Remote VTEPs are also discovered by this VTEP device for its VXLAN segments and also learns MAC address to VTEP mapping by this IP interface only.

There are two types of VTEPS:

The solutions described in this section use Cisco Nexus 9300 platform switches as physical VXLAN VTEPs. They require the following hardware and software: 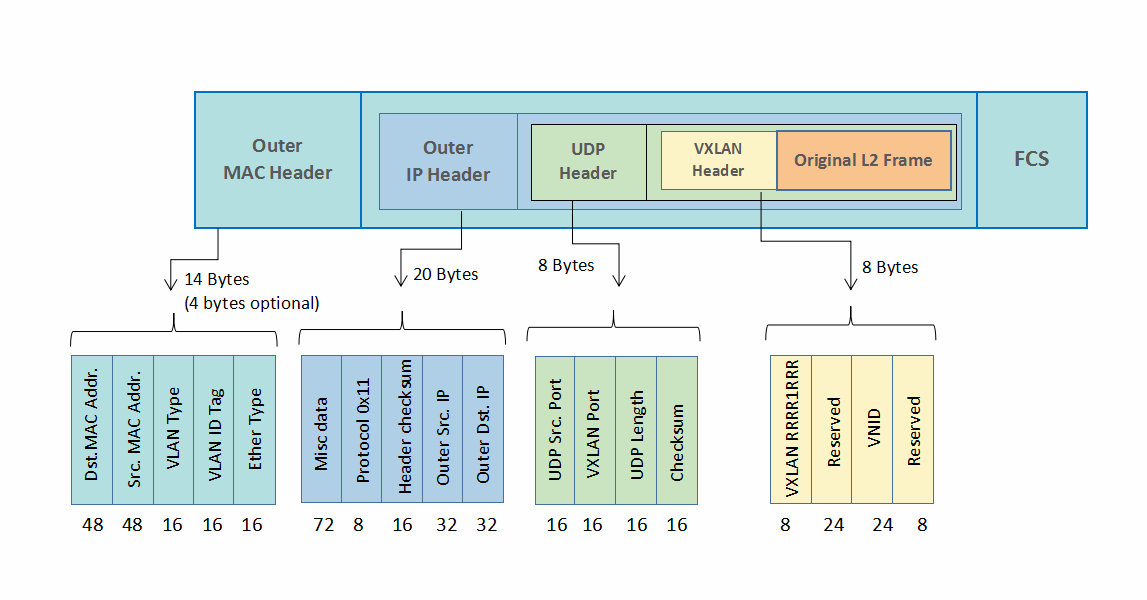 VXLAN adds a 50-byte overhead in total, including: