PIM-SM is just like PIM-DM mode which uses unicast routing to perform RPF to forward the multicast traffic.

When any multicast traffic is not needed, PIM-SM will send the prune message up the tree towards root node to prune off all unnecessary traffic and likewise the interface will be removed from OIL list.

There are two type of tree PIM-SM follows:

We will discuss each of the scenario when these trees are used under which circumstances.

We can understand this by following example, that in below figure H1 has just joined the multicast group G via IGMP membership report. 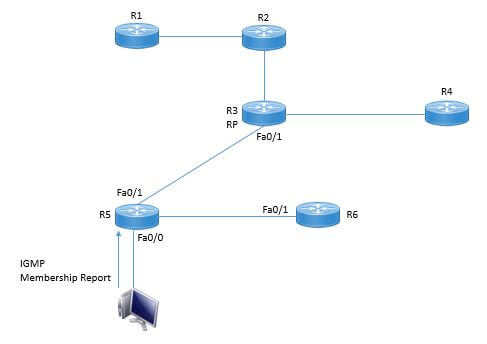 As soon as R5 received the IGMP report, it will create (*, G) entry and in outgoing list it will enter fa0/0 marked RED and will send the (*, G) join to RP to join the shared tree. 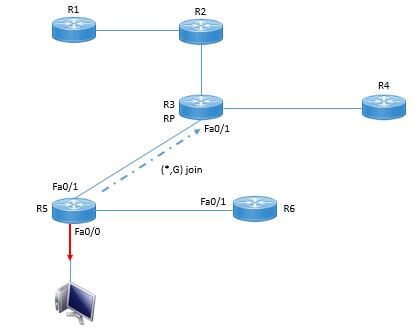 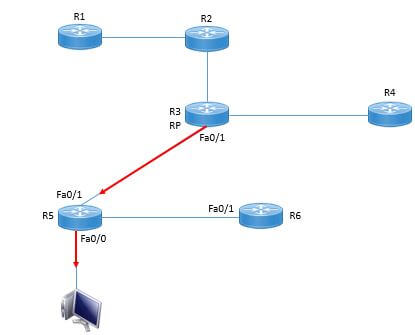 Now from RP the shared tree has been formed and if RP receives the Multicast traffic for group G, the host H1 will receive it. Now let’s suppose another receiver H2 join at R6 and send the IGMP membership report to join group G.