In this section we will learn how Data traffic (Unicast traffic and Multicast traffic) is delivered over OTV overlay tunnel.

Let’s suppose that Host A in Site-A wants to talk to Host C in Site 2, and Control Plane MAC reachability information is already communicated and adjacency is from between OTV Sites. 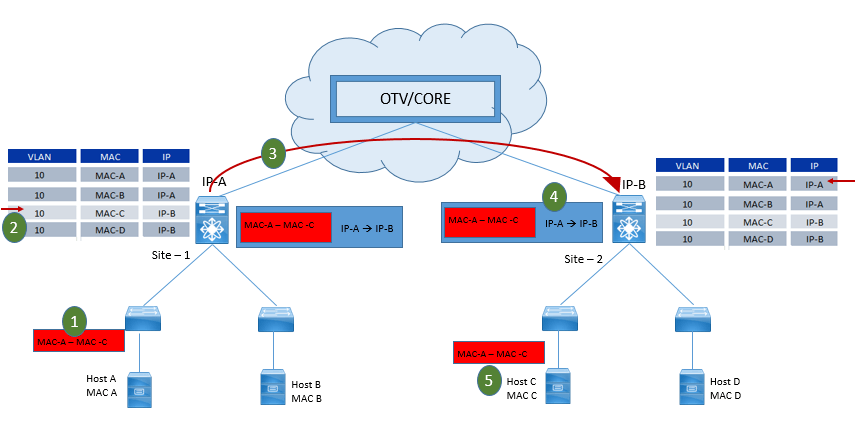 Now before going to understand how multicast traffic is sent over Transport lets understand the frame format of OTV.