Following are the benefits of the vPC:

Below figure provide the physical and logical topology of the vPC.

End devices are connected to peer switch via vPC which uses all port-channel member link to forward traffic based on hash algorithms.

Let’s discuss the component of vPC one by one and later we will see how to configure the vPC in steps: 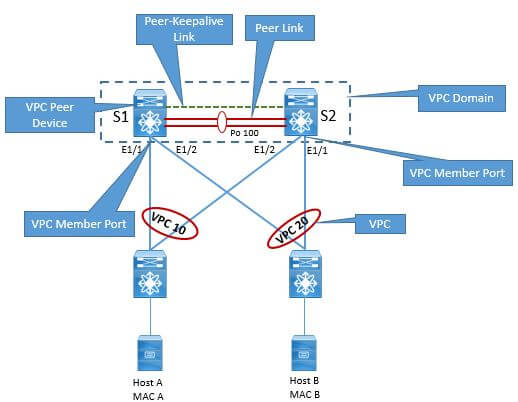 In vPC the loop is avoided at data plane rather than control plane. As per Cisco Design of vPC all data should be forwarded locally and peer-link should not be typically used for data packets. This is because Peer-link is used to synchronize control plane information like MAC address, Port-state information and IGMP information between peer-switch.