While using Scripting and Orchestration there are common benefits observed which include following:

In ACI Automation & Orchestration, REST API plays a major role, we can learn here what is the REST API and how it works via Postman APP.

REST is Representational State Transfer protocol, based on client/ Server communication method, which uses TCP based HTTP/HTTPS protocol. In the Client request to a server and in response Server transfer the actual status of Server resource or information which client has requested.

Below are three HTTP(S) method which is used by client to send request:

While using REST API, the Correct URI must be provided, in order to get valid and correct response.

As Example, if we want to get information about tenant DCLESSONS, we need to use following URI:

if we want to pull some information, from a node managed object, we need to use below URI, where the resource path contains the DN of managed Object.

ACI provides some tools, through which we can do basic Automation, these tools are some where described below and as shown in figure. 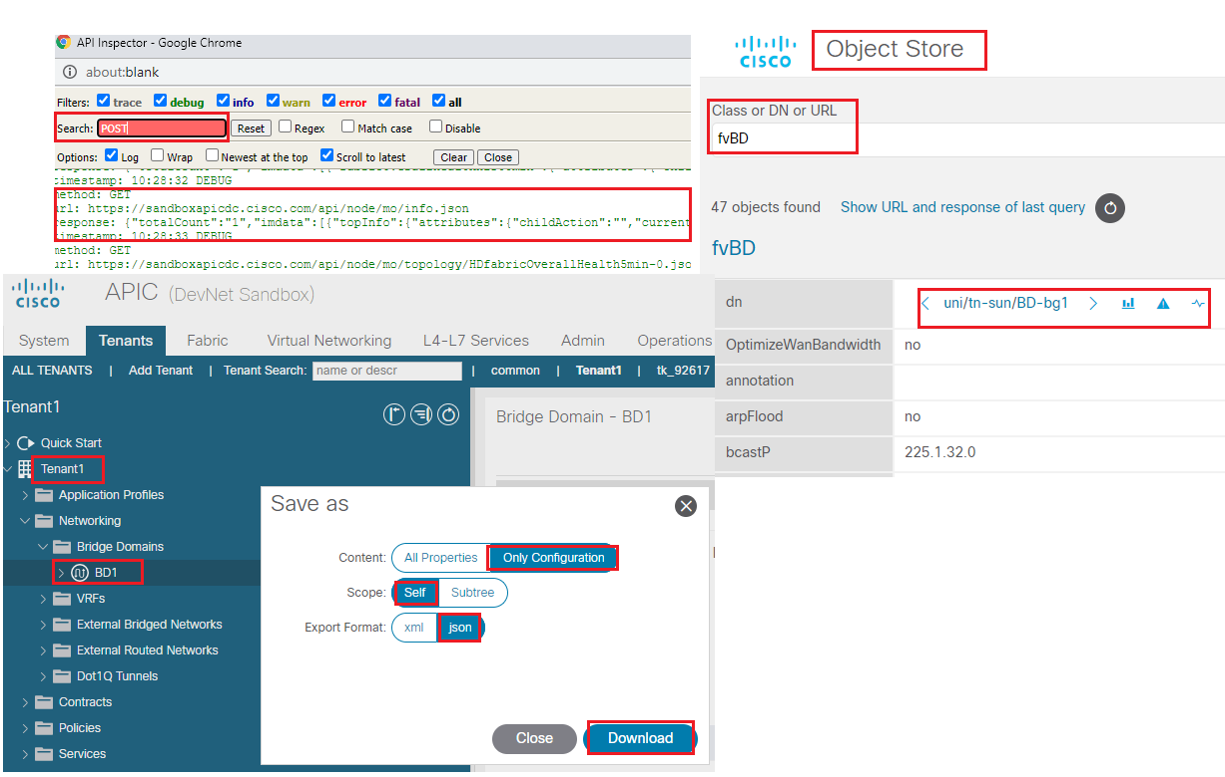 API Inspector: whatever you configure in ACI via APIC, API Inspector, captures every packet. When any task is performed in APIC, GUI sends internal API message to operating system to execute the task.

You can copy those syntaxes and can also use it for further automation or to perform repetitive task. API inspector captures the API message only in JSON format.

In order to open the API inspector, open APIC GUI, go to right side corner of window, right click on circular help & Tool button and click on API inspector Tab. Now try to create any configuration via APIC, as example create any Tenant, and in the API you will see that timestamp for this task has been executed by APIC using HTTPS method and same has been recorded in API inspector. Below figure shows you only example for it.

You need to understand the JSON script, before you start your scripting. Below is the body of JSON format.

The properties of the child object class start with the key word “children” in double quotes and a colon followed by a square bracket ([).

The last child object class does not have a comma at the end but rather a closing square bracket and curly brackets for the top-level parent object class(es).

With this method, you can download the configuration payload via XML also other than Json format.

Below figure shows how a particular configuration payload can be saved in xml format. 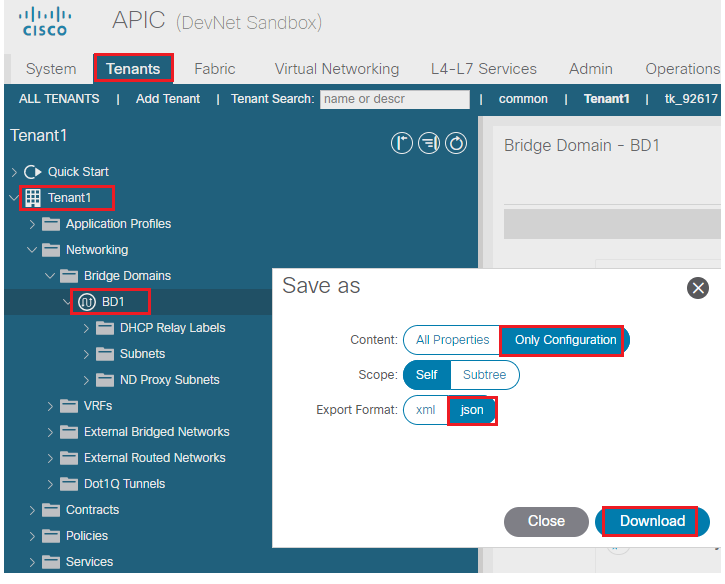 To do that, you need to right click any object whose payload you want to download, and then select the save as after choosing appropriate fields. In this method, you have option to choose XML or JSO format.

Now, once you save the configuration, it will not give you URL. So you need to build the URL for any certain managed object.

Visore is a tool, which is used to provide view of entire MIT. This tool can be used to query a MO or class of object. A Visore can be accessed using OOB IP address of APIC:

it can also be opened by using APIC GUI, by clicking circular icon in top-right corner of the window and selecting Object Store Browser.

Once done, you will be asked to provide APIC credentials to login in to it. In below figure you can see Visore (Object store Browser) where you can query any class of object or DN of managed Object in entire MIT.

In above figure, we have queried bridge domain class fvBD. Visore will pull out all 47 managed object and their properties.

We can also query property of an object of a certain class. Let say, we want to pull all the objects that contain certain EPG via query EPG object class fvAEPg. 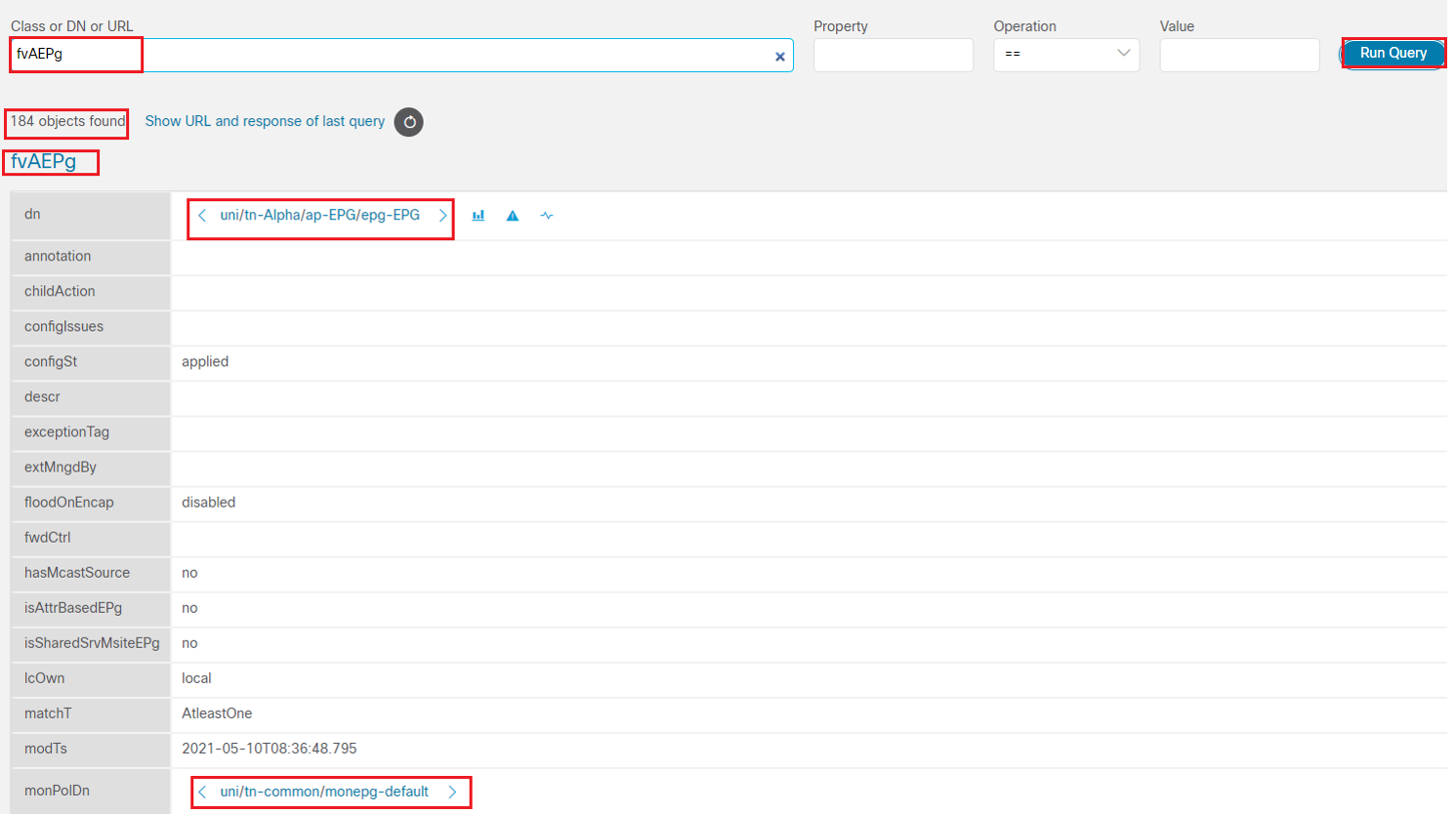 MOQuery is a CLI based tool which is used to browse objects in MIT. It is not only used for automation scripts but also used for troubleshooting events.

In order to find the MOQuery command line Help we should use following commands. 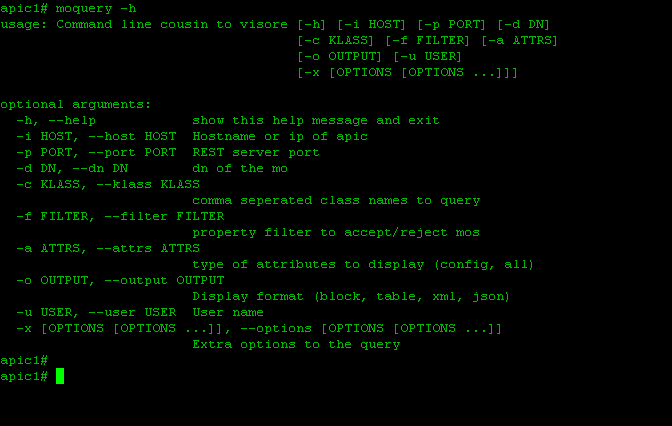 Command to find a Class (-C) 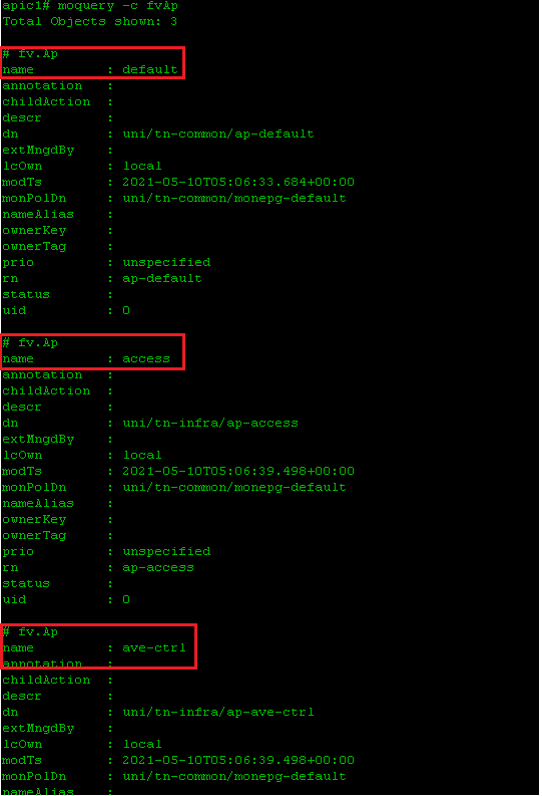 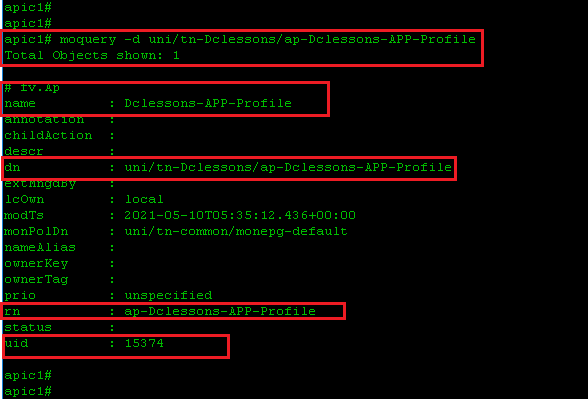 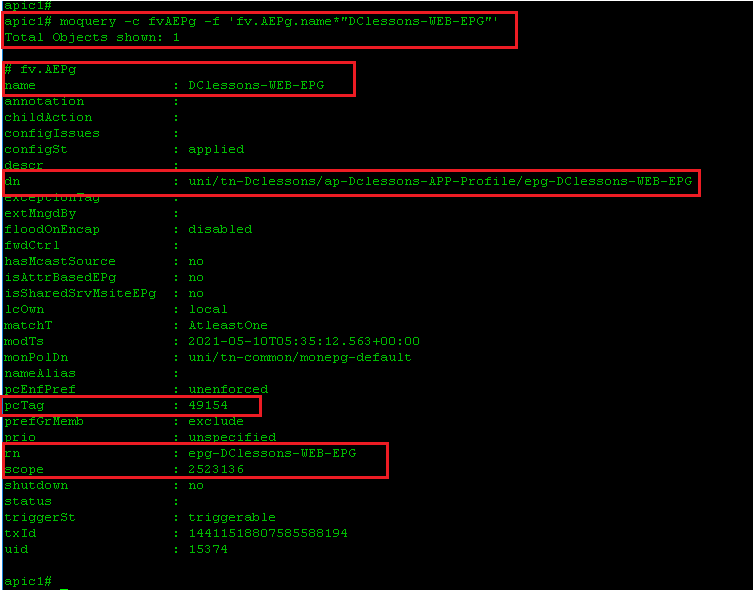 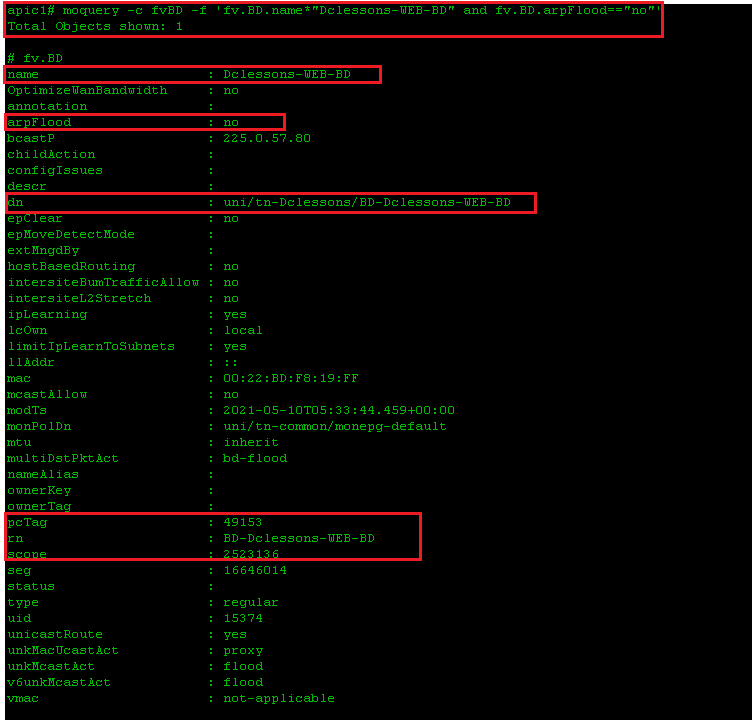 POSTMAN is an HTTP web user interface client that allow you to make HTTP calls. Postman is a google chrome application which provides an easy way interface for interacting with REST API. Postman can be added in google chrome extension like this.