In this section, we will see different failure scenarios and how Remote Leaf network behaves over this.

Remote Leaf uses the Anycast Ip address of Spine to send Unicast and BUM traffic to ACI Pod. If Anyone the Spine fails, other Spines in ACI main Pod can accept the traffic and forward traffic to final destination. 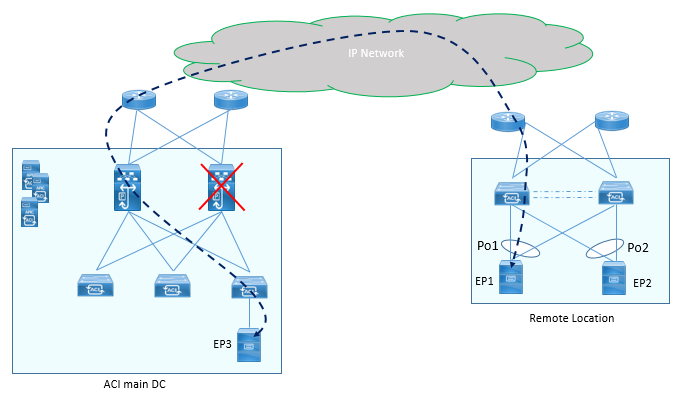 In the recommended deign, Remote Leafs should be part of vPC domain, and if any one of the Remote Leaf fails, traffic will be re-routed towards second Remote Leaf that can forward traffic to endpoints.

Below figure explains how traffic forwarding is done when one Remote Leaf fails. 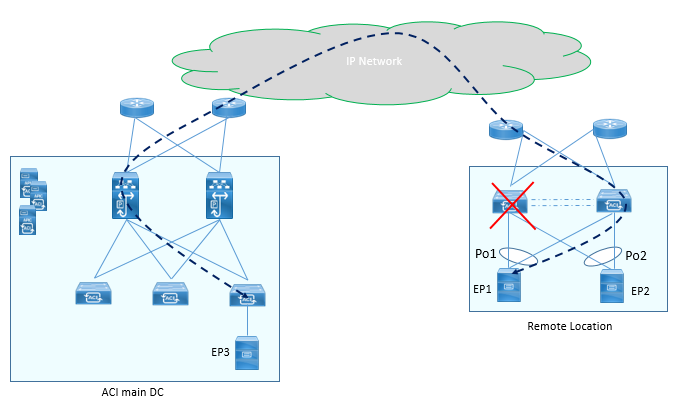 Upstream Router on RL is lost 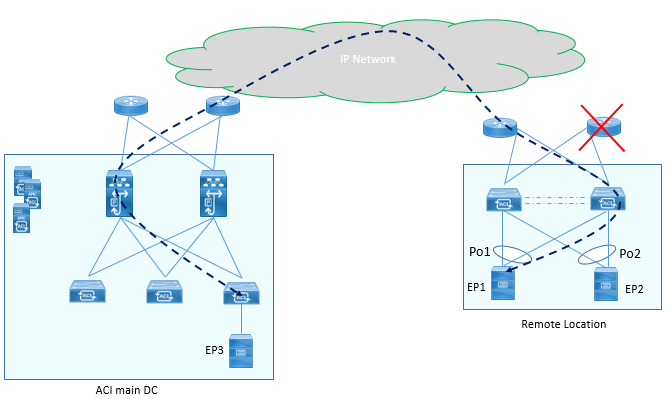 All Upstream Router Connected to RL are Lost

If all Upstream Router are Lost then as RL are connected via vPC, then all Uplink of vPC towards router will also fail, due to which vPC link towards endpoint are brought down to avoid traffic black holing. 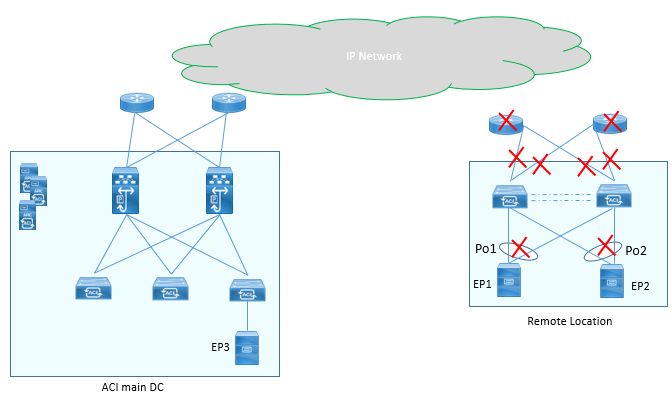 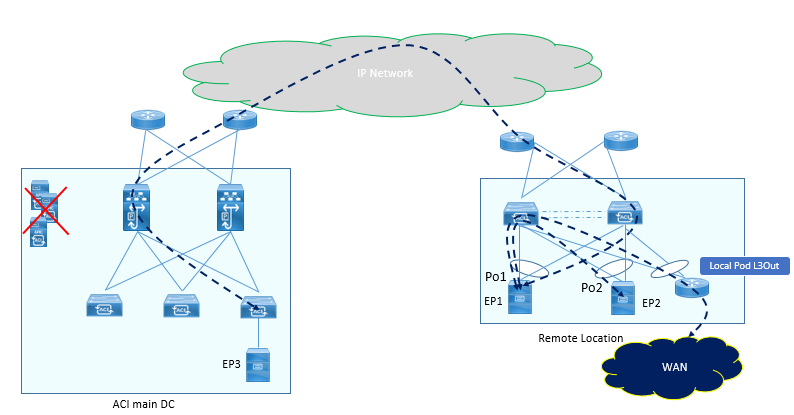 Failure of All Spines in single Pod with RL direct Enabled.

When a Remote leaf loses reachability to its logically connected Pod’s spines either due to spine failure or due to reachability failure in the IPN, it will have the following traffic forwarding behavior: