With the Help of REST API, we can monitor ACI fabric and get the conditions of ACI fabric. We can use Postman to get some information via REST API.

Let’s see how REST API can be used to Monitor ACI fabric.

With the help of procEntity class, we can extract the APIC current Health status of CPU and Memory.

In order to get the APIC CPU and Memory Uses, below REST API call is used 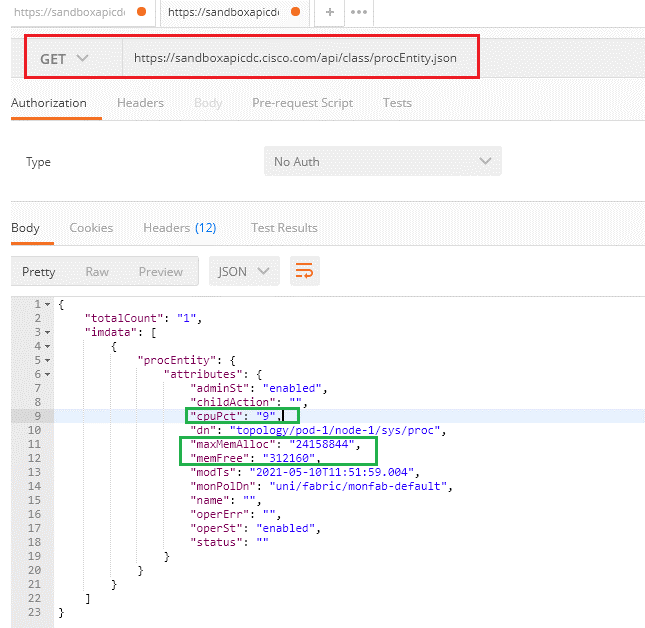 APIC contains serval disks and related system file. With the REST API, we can easily access to disk space utilization of all partitions on the system.

Below figure describes the REST API call, in order to retrieve information about APIC Disk Utilization. 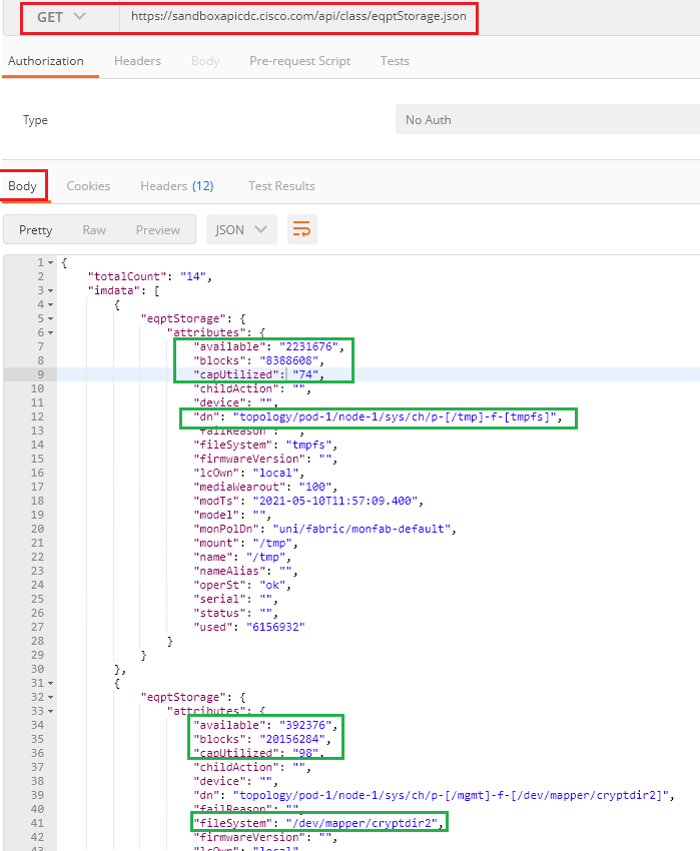 As we know, APIC needs to be connected to two different Leafs for redundancy by two 10 G ports. APIC also has two 1G interface for OOB Connectivity. ACI Configures these interface in to two separate bonded interface

Below figure describes the REST API call, in order to retrieve information about APIC interface Status. 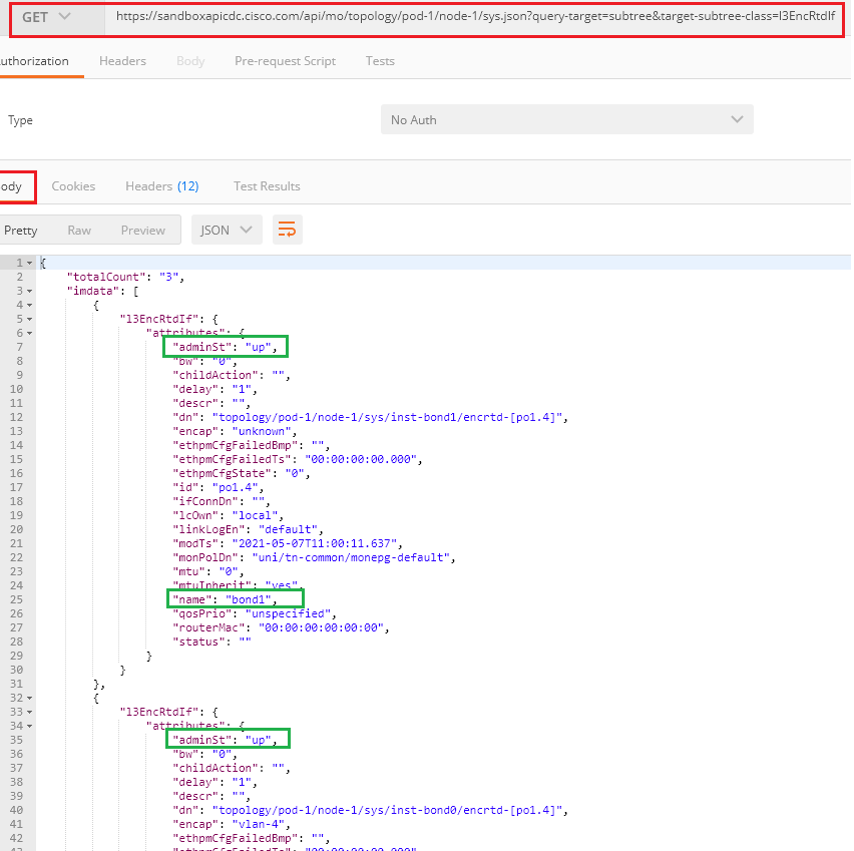 As we know APIC runs in a cluster of three , five , seven , depending upon number of nodes supported in that fabric.

Below figure describes the REST API call, in order to retrieve information about APIC cluster Status. . 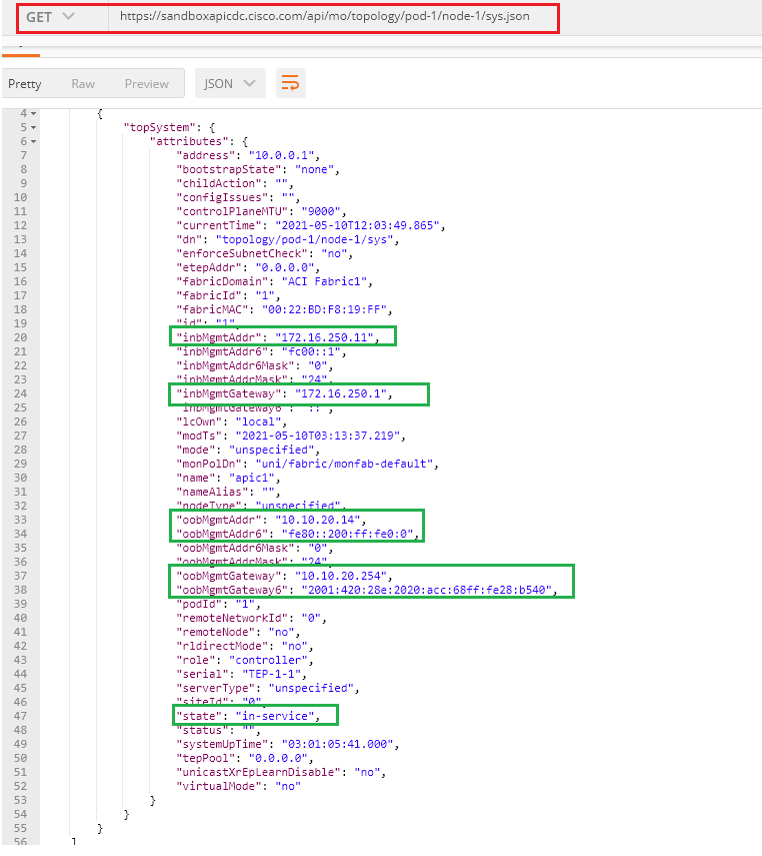 ACI provides a rich set of object class, in order to monitor Leafs and Spine CPU Utilization. Some of the object class has been discussed here.