In Enterprise DC, Various enterprise uses different types of compute platforms like, Cisco UCS B series, Cisco UCS C Series, third party blade systems and standalone servers. These all types of servers needs to be connected to ACI Fabric via either VPC method, access Port method or as a trunk method. The connection to a bare metal compute can also be done by FEX. Now let’s see how FEX is connected to ACI with some limitations.

FEX provides a method to connect end devices and Host to ACI fabric. Below are some restriction that needs to keep in mind while using FEX in ACI.

End Points or Servers can be connected to ACI Fabric over FEX Straight-through VPCs in which FEX uplinks to leaf downlinks connect via regular port channel to a single leaf switch. 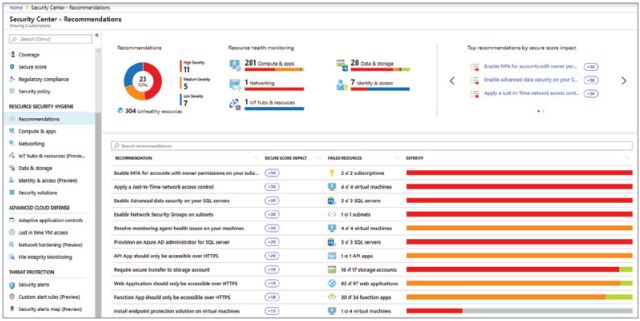 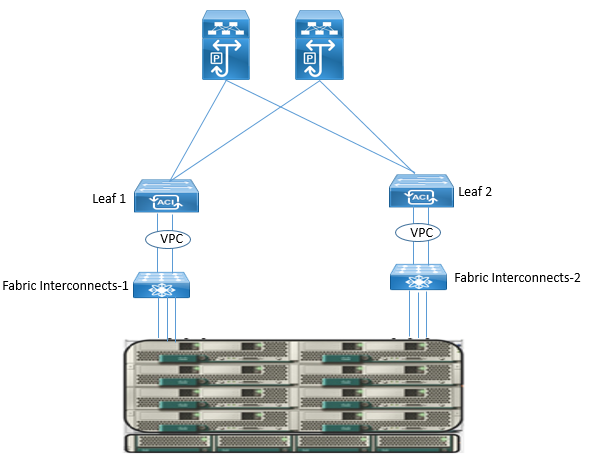 There are three connection method used to connect the Rack Mount Servers to ACS fabric.

In order to provide redundancy and better convergence, VPC connectivity is recommends unless platform does not support LAG or Ethernet bounding technique such as in case of VMware 6.0 and earlier releases. Standalone server connectivity can also be done by FEX ports.

Cisco ACI provides FCOE connectivity for storage on a cloud scale EX/FX platform. With FCoE support in ACI, the hosts are connected through virtual fiber (F) ports deployed on an ACI leaf switch. The SAN storage switch and Fibre Channel network are connected through a Fibre Channel forwarding (FCF) bridge to the ACI fabric through a virtual network port (NP) deployed on the same ACI leaf switch where the host is connected as a virtual F port. The reason for this limitation is that the ACI leaf switch does not perform local switching between SAN accessing hosts, and the FCoE traffic is not forwarded to a spine switch. In Fibre Channel technology, virtual NP and virtual F ports are referred to as virtual Fibre Channel (VFC) ports. 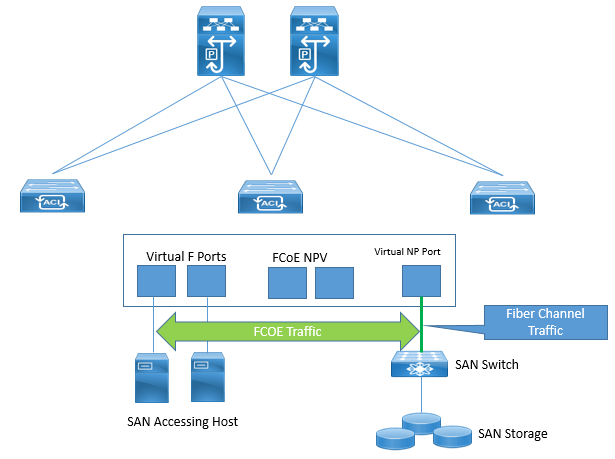 FCoE traffic requires you to configure a separate VLAN connectivity over which SAN-accessing hosts broadcast FCoE Initialization Protocol (FIP) packets to discover the interfaces enabled as F ports. ACI allows one VSAN assignment per bridge domain. You must configure VSAN and VLAN pool allocations as static while configuring FCoE. (Only static allocation is allowed in VSAN configuration.) While configuring VFC interfaces in ACI, F port mode is the default mode on the interface. Therefore, you need to specifically configure NP port mode in access policies.