This topic will help you to understand how and what methods are used to extend the layer 2 network outside the ACI fabric.

There are various methods extend the layer 2 domain beyond ACI fabric.

Now we will be discussing the both above scenarios in detail.

Extending the EPG out of the ACI Fabric:

An EPG can be extended out of ACI fabric by statically assigning port with VLAN ID to an EPG.  Once it is done traffic received on the leaf port which is configured in particular VLAN ID, will be mapped to the EPG and the policy for this EPG will be enforced to leaf switch. END points can be directly connected to leaf ports or it can be behind a layer 2 network and is connected to ACI fabric.

To configure the port to an EPG, we have to follow the following steps:

Below example shows interface eth1/15 from leaf node 101 is assigned to VLAN 10 which is WEB EPG.

Here there are two option available:

The Following figure is the USE case or various ways of extending EPG to Outside Network: 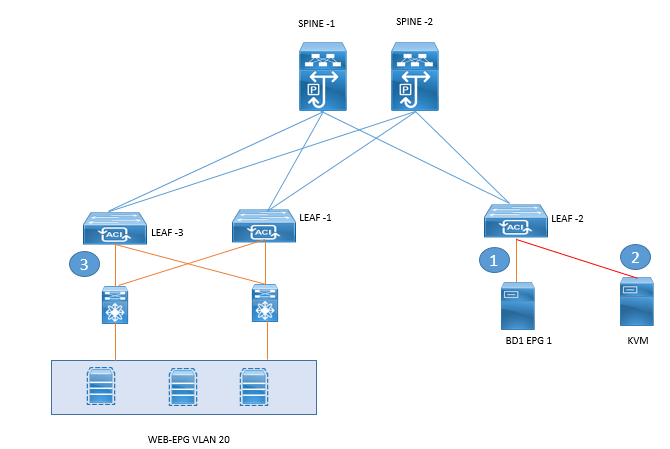 For Legacy network, each of the VLAN in the legacy network will be mapped to an EPG in the ACI fabric, ACI leafs will provide the Layer 3 forwarding between VLANs by enforcing contracts between EPGs.