In this we will learn how L2 traffic flows between ACI fabrics via different example. Before we go to the example, let’s understand the traffic flow via Flow chart. 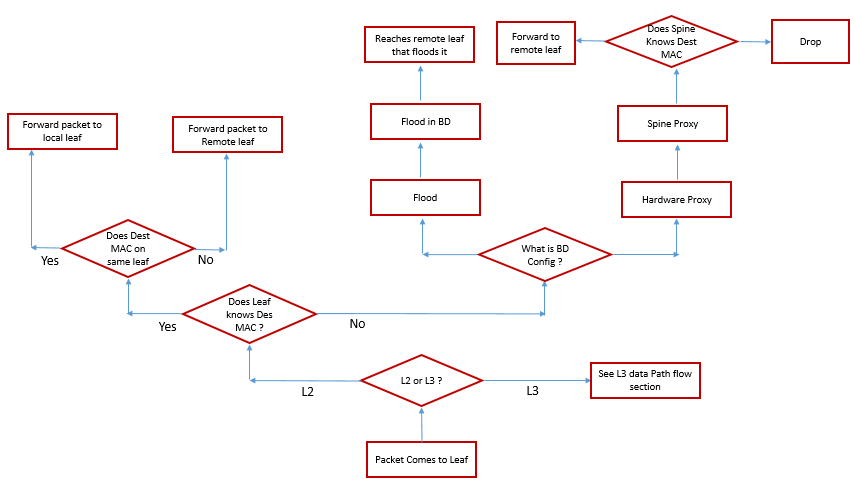 If destination MAC is not known to and ingress leaf then there are two options:

Scenario 1:  Both EP belong to same EPG with same IP subnet on different Leaf and both host knows MAC of each other. EPG belong to L2 BD.

Example 1: Both Leaf knows Source and Destination MAC in its LST and GST table. 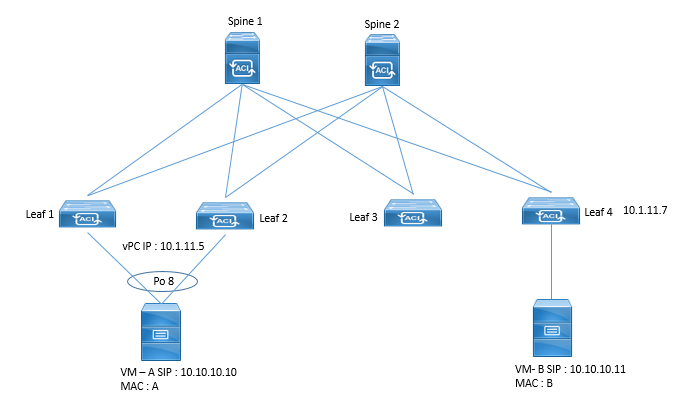 Let‘s look at an example where the traffic flows between two endpoints in the same EPG in the same L2 BD; MAC addresses of both endpoints are known.