In Cisco Viptela Solution, the Overlay network is managed and controlled by Overlay Management Protocol (OMP).  This OMP protocol establish and maintain the Viptela Control plane and provides following Services:

OMP is the Control plane protocol which exchanges the routing, policy, and management information between vSmart, vEdge. This Protocol is enabled by default and upon device restart, it establish or initiates the OMP peering between themselves via DTLS, AES-256 key encryption over System IP address. Once the routing, Policy, security services are propagated to vEdge, this are used by vEdge for data plane connectivity and transport.

As soon as vEdge learns the routes are services from local site, it advertises these all information to vSmart controller along with its transport location mapping called as TLOC which are further called as OMP routes or routes. 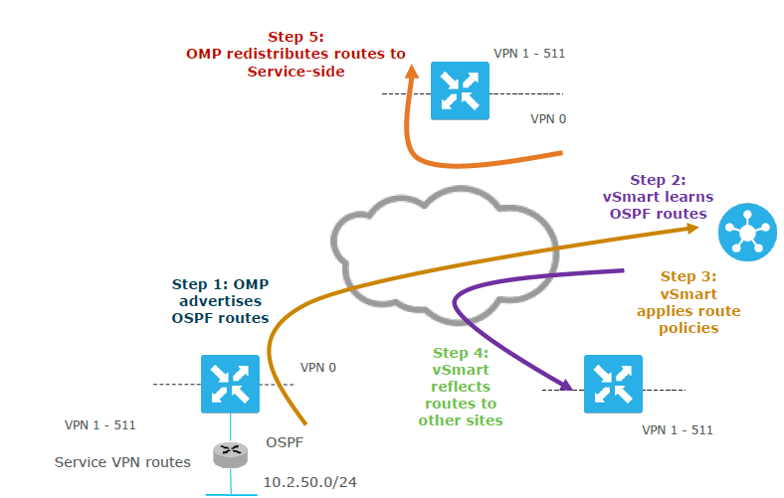 There are Three Types of Routes