Task: Configure the Topology to work like Strict Hub and Spoke based network where there are three Subnet for each VPN. 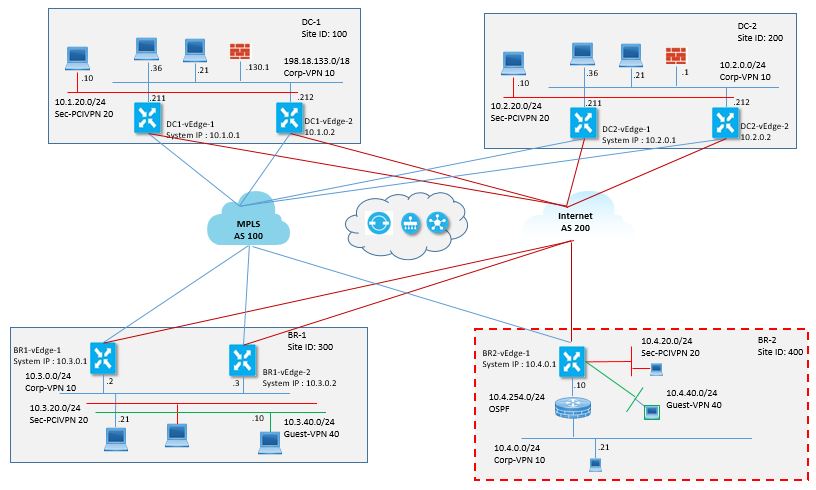 For VPN 40 : No communication between branch , so restrict routes exchange between them ,and advertise only default routes in VPN 40 for direct internet access.

Before configuring Hub and spoke topology, let’s verify that all the branches are able to reach to other branches directly over VPN 10 and VPN 20 over IPSEC tunnel.

This will show that the BR2-VEDGE has full Mesh IPSEC tunnel to all other branches and DC sites. 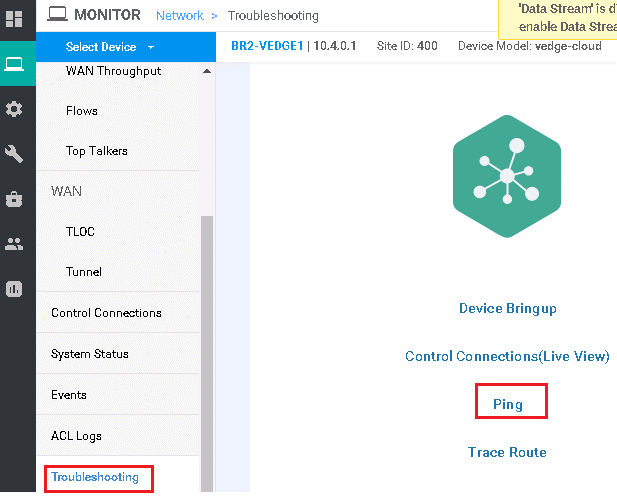 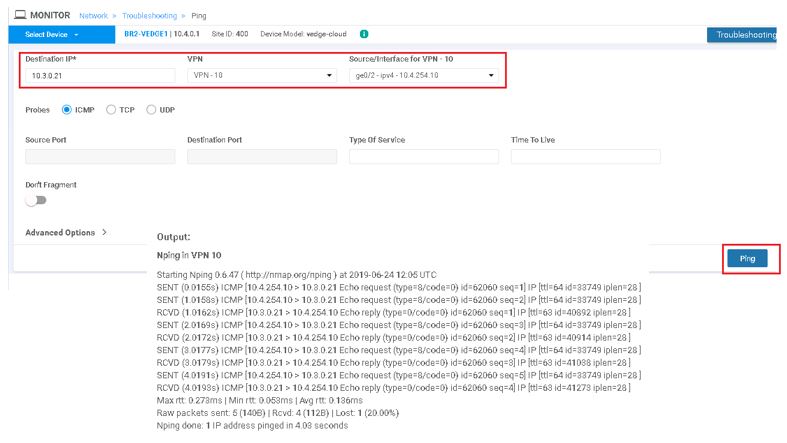 So same activity for VPN 20

Now Create Application or Groups of interest for all components like DC, Sites, DC-TLOC, Data-Prefix Group.