Task: In this lab perform the following task 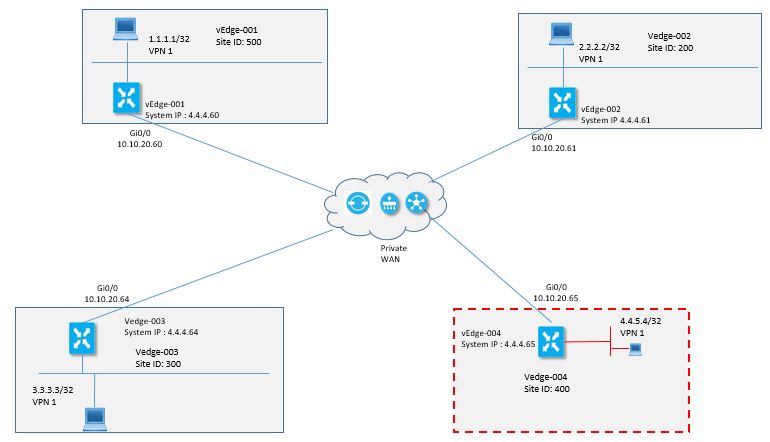 SSH to vEdge-001 and verify the routes is has in its routing table. The only routes that are available at this point are routes responsible for WAN Transport connectivity – VPN 0. Internal prefixes are not available as of yet due to the absence of a Service VPN. VPN 0 used for transport and management whereas creating other vpns such as 1 is needed in order to establish an Overlay. 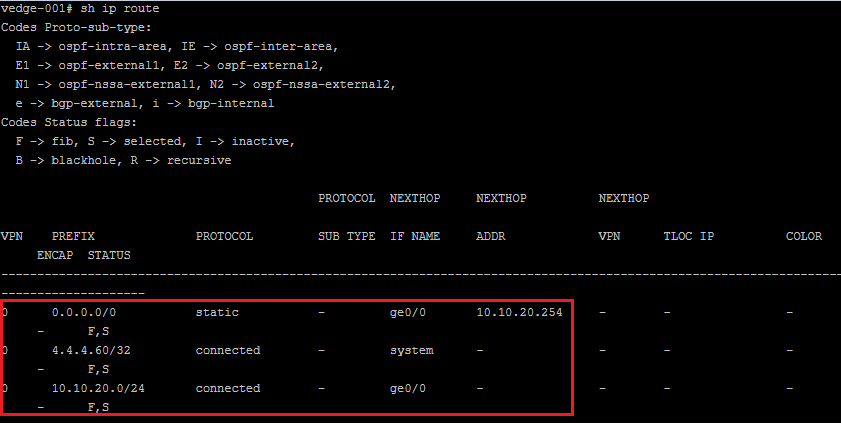 OMP establish a connection with the vSmart controllers, and advertise the static and connected routes. 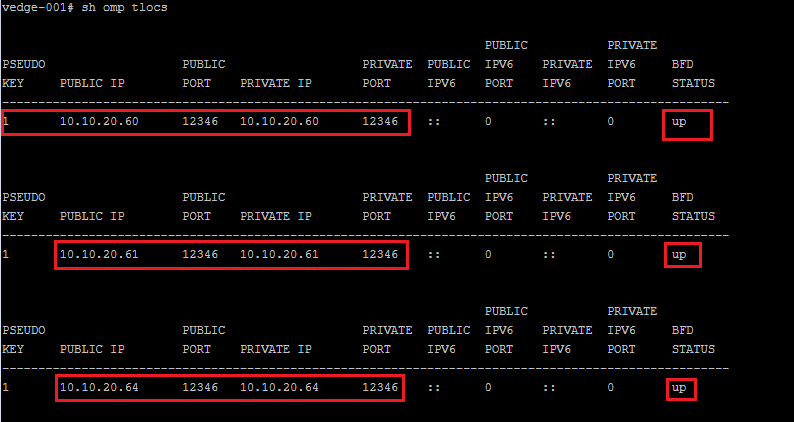 Verify that Service VPN1 Loopback interface prefixes are advertised by each router by OMP and these routers are installing in its route table.