By default, No Centralized control policy is provisioned until or unless it is configured and applied. When there is no Centralized policy, following is the Viptela Control plane device behaves:

Following are scenarios where Centralized control policies are required:

Once this policy is configured, it is activated by applying it to specific sites in overlay network either in inbound or outbound detection with respect to vSmart controller.

When policy is applied on outbound direction, Accepted routes are modified by control policy before they are distributed by vSmart controller, routes that are rejected by outbound policy are not advertised. 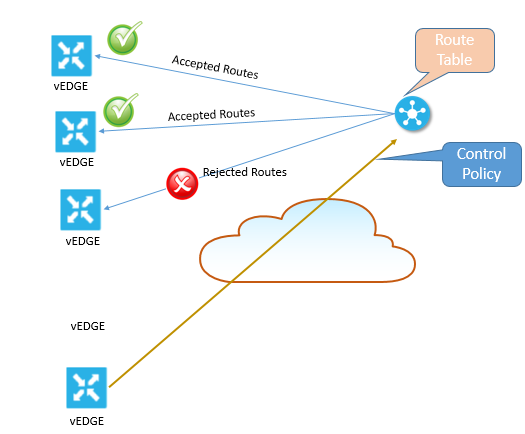 Let’s see the example from the diagram first: 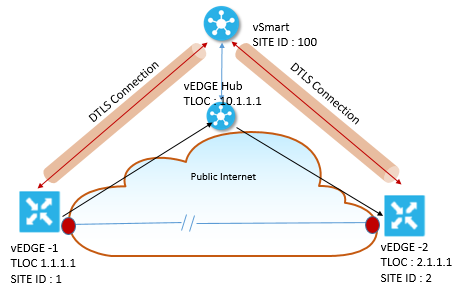 Here, There are two sites, West and East and each site contain the reachability information to reach other site, route table on the West vEdge router contains a route to vEdge East with a destination TLOC of 2.1.1.1, color gold ({2.1.1.1, gold}), and vEdge East route table has a route to the West branch with a destination TLOC of {1.1.1.1, gold}. And currently in control policy is provisioned.

Control policy also helps in traffic engineering, let’s suppose there are two vEdge router acting as hub and requirement is that data traffic destined to a branch vEdge router to always transit through one of the hub vEdge routers. 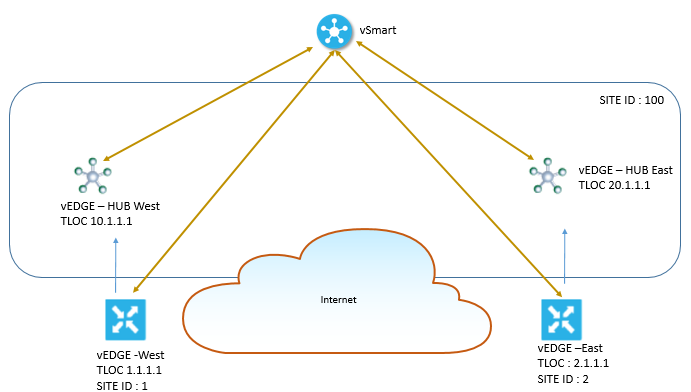 Apart from this, the vEdge route is also connected to another network in local site via another router and to exchange routing information between them any routing protocol such as BGP on OSPF is configured. In order to control and modify routing behavior on local network another policy is configured called route policy on vEdge routers which is applied only to routing protocols performed on local branch and affects only route table entries in the vEdge routing table.