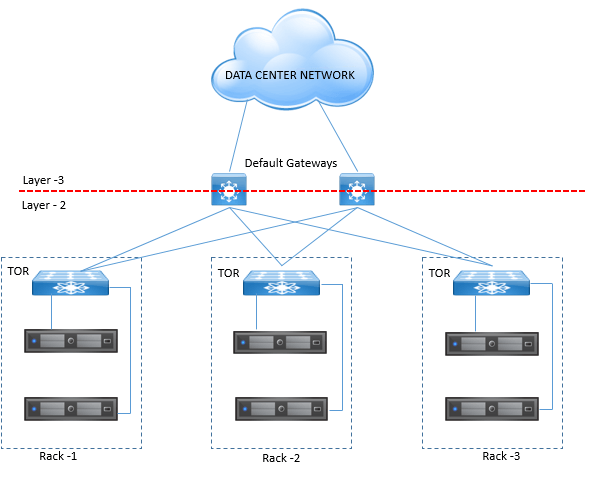 Some time we also provide the Collapsed Access layer topology, where TOR becomes the Layer 3 switch by providing the Layer 2 Ethernet connection to workloads and also provides the default gateway services to them.

All ports configured as layer 2 have all STP functions disabled and is set to forwarding states. 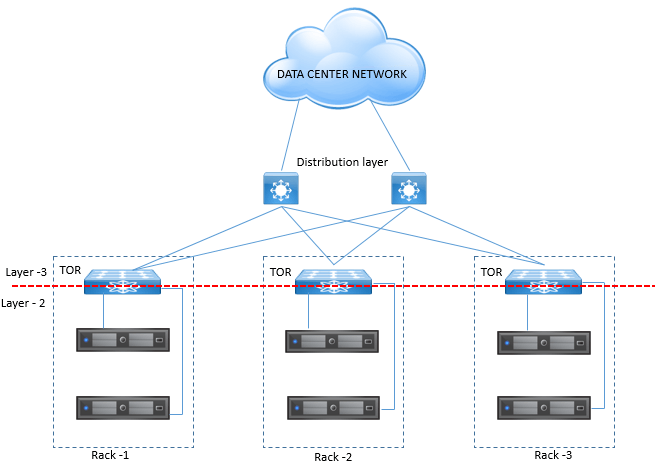 Another designers also sometimes designers DC network as Spine and Leaf Architecture  to provide the equal cost multipath supports to DC workloads and how ever removing all complexities of STP . 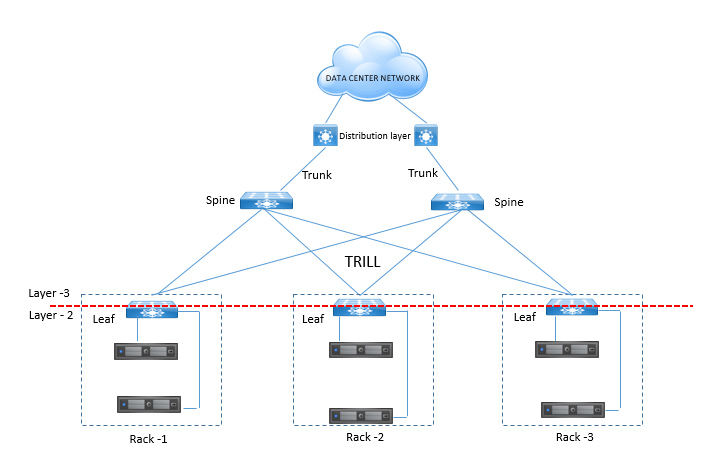 Now after going from series of design changes, VMWARE provided the NSX solution which virtualizes access layer. Now to virtualize access layer there are two requirements

Below datacenter diagram shows how NSX has introduced the Access layer, where TOR switches are L3 Switch and are connected to distribution layer switches via L3 Links. NSX allows layer 2 domains to extend across multiple racks separated by Layer 3 boundaries. 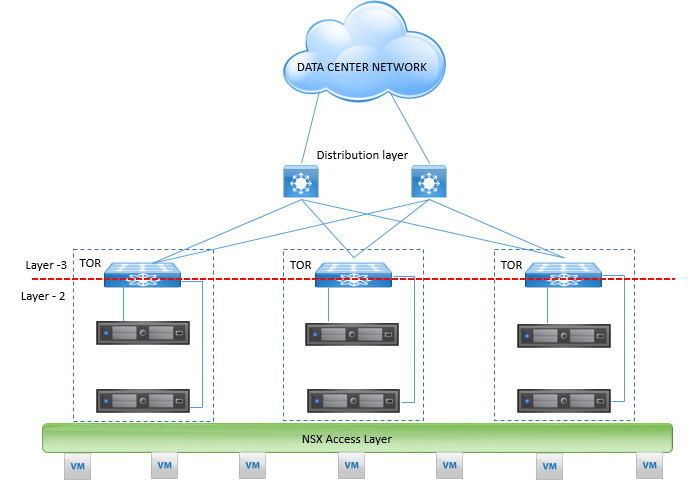 Before NSX are deployed following VMWARE vSphere component must be deployed:

As soon as ESXi Hypervisor is installed on bare-metal, ESXi operating systems install a logical interface called VMKernel Interface over which IP address of the Management network is configured. This VMKernel interface is just like logical SVI that gets an IP address and subnets.

An ESXi hosts can have multiple VMKernel pots which can be used for different purposes and each gets different IP address from different subnets or may be on same subnets.  An ESXi host may have different VMKernel interface to provide following services:

These VMkernel ports are further connected to virtual Switch which in turn has path to physical network. Physical NICs of Physical servers are called as VMNICs. And these VMNICs are further connected to physical network via layer 2 connection. Inside ESXi hosts these VMNICs are uplink of virtual switch and a VMNICs can only be assigned to a single virtual switch and that virtual switch which owns that VMNICs finally makes the decision of which VMNICs will be used for egress traffic from ESXi hosts.

Below figure stares what we have discussed till now: 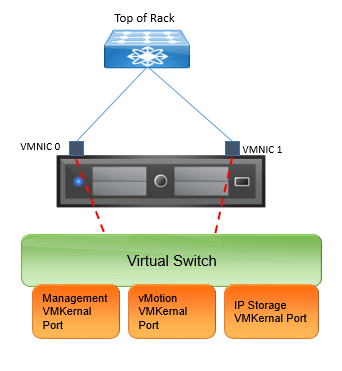 As soon as we installed the ESXi to the bare metal server, vSphere Standard switch will be installed by default and runs in the Kernel. Each ESXi host manages its own vSS and vCenter has ownership of its configuration.  AN ESXi host can have multiple vSS and each virtual machines connects their vNIC to vSS virtual ports via certain Port Group.

A Port-Group is just like VLAN, and in a single Port-Group multiple VM machines can resides. It is the Logical grouping of the ports. Each VMKernel Ports can be assigned to only one port-Group.

Below figure is the logical representation of above concepts: 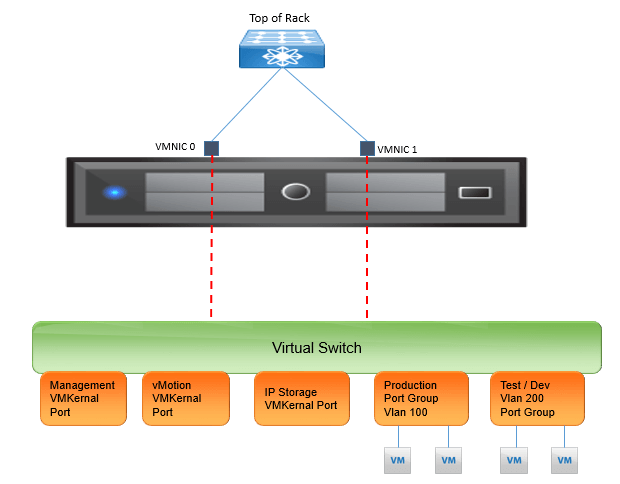 The vSS is a non-MAC learning switch that does not keep a traditional MAC table. It only knows about the MAC addresses configured in the vmx file of the virtual machines connected to the vSS or the VMkernel port’s MAC address. The vmx file is the instruction set that tells the ESXi host the configuration and features that need to be provided to the virtual machine when it powers on.

If you select VLAN or 4095 in any port group in the vSS, the vSS automatically enables 802.1Q, trunking, on the uplinks.

Broadcast, Unknown Unicast, and Multicasts (BUM) traffic also is sent to all virtual machines in the same VLAN in the vSS.

A vDS is vSphere Distributed Switch is a feature rich switch which is managed by vCenter and spans across multiple ESXi hosts. vCenter configures the vDS which in turns pushes down copy of configuration to each ESXi hosts that has been added to vDVS. A vCenter supports 128 vDS and a ESXi host can be part of multiple vDS . If we want NSX to virtualize the access layer it is important to deploy the vDS.

The vDS virtual ports are called distributed ports (dvPorts) and all virtual machines are connected to dvPort groups. VMKernel interface may not be needed separate port groups instead the VMkernel Interface and VM vNICS can share same port groups.

Uplinks ports are called dvUplinks which are setup differently in vDS. Each dvUplink connects to a single VMNIC in an ESXi hosts but from vCenter multiple VMNICs can be added to vDVS.

When vCenter pushes the vDS configuration to ESXi hosts, it only tells the ESXi host about association of its VMNICs to the Uplinks. 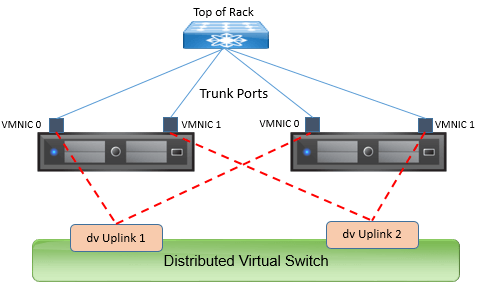