Layer 2 VPN is used to extend the Layer 2 Broadcast domain, and can be used for following:

The NSX Edge supports Layer 2 VPN over Secure Sockets Layer (SSL), port TCP 443. If the NSX Edge is extending a VLAN, the VLAN must be configured in a distributed portgroup.

Below figure shows logical view of multiple pairs of NSX Edges creating a Layer 2 VPN between VXLANs, VLANs, and a VXLAN and a VLAN. 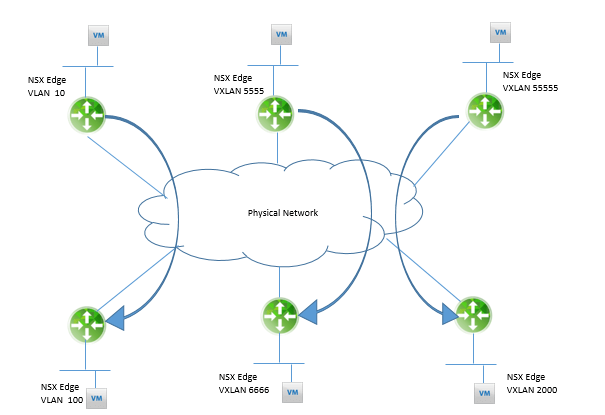 The NSX Edge can also be used to extend a VLAN between a private cloud and vCloud Hybrid Services, vCloud Air as shown below:

The NSX Edge supports Layer 2 VPN in a point-to-point deployment, and it must be with another NSX Edge in a server-client relationship

The NSX Edge can be used to extend a VLAN or VXLAN between two data centers even if the NSX Edges are managed by different NSX Managers or one of the Edges is a Standalone Edge. 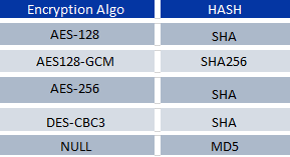 An NSX Edge can only support being either a client or a server at one time, but not both, and requires a Trunk interface with sub interfaces. A pair of Edges can only do a Layer 2 VPN for 200 pairs of Ethernet domains, as shown in below figure. The path from the Layer 2 VPN Server and the Layer 2 VPN Client must have an MTU of 1600 or higher.

To understand the packet walk, let’s suppose the first ping sent from Virtual Machine ServerApp02 to ServerApp01. To understand we have to assume the following: