Configure transit Gateway so that all three Prod , test and Shared VPC can talk to each other initially and then Implement Segmentation in such that Shared VPC can able to talk to PROD and Test , but Prod VPC should not to Test.

Refer below figure to implement the Transit gateway functions in AWS. 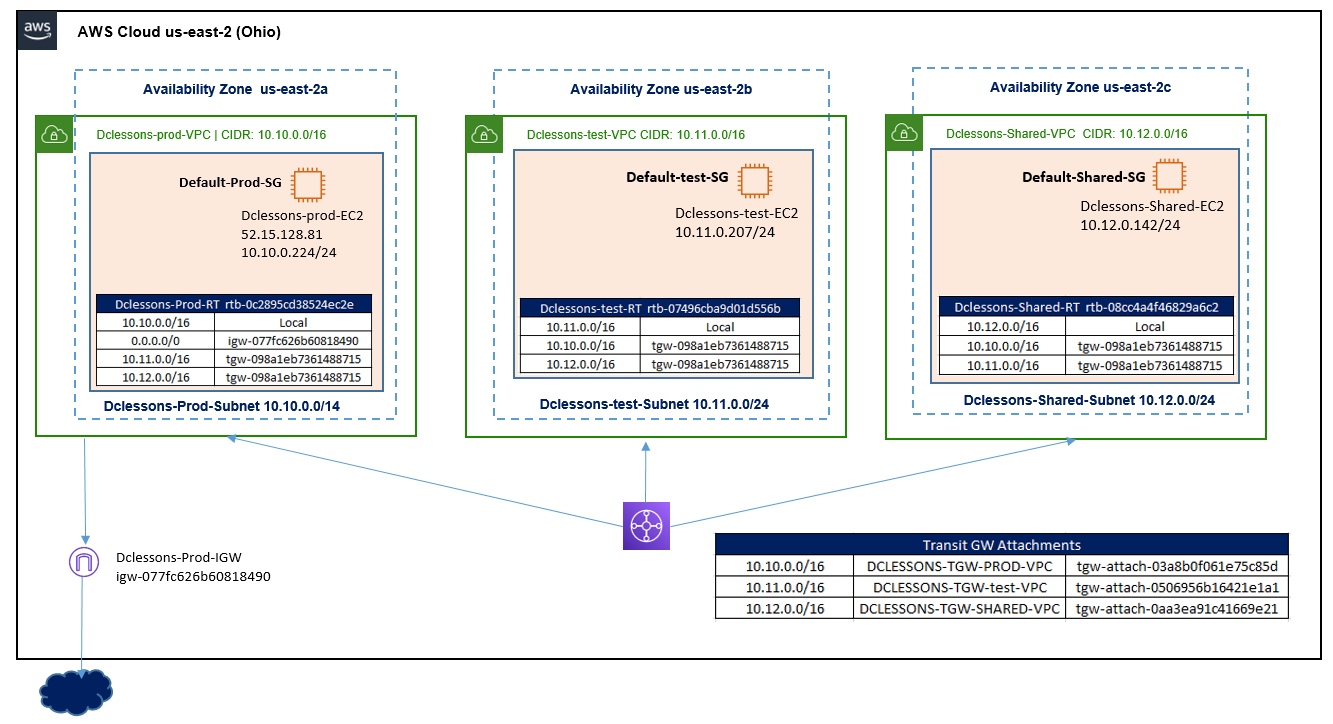 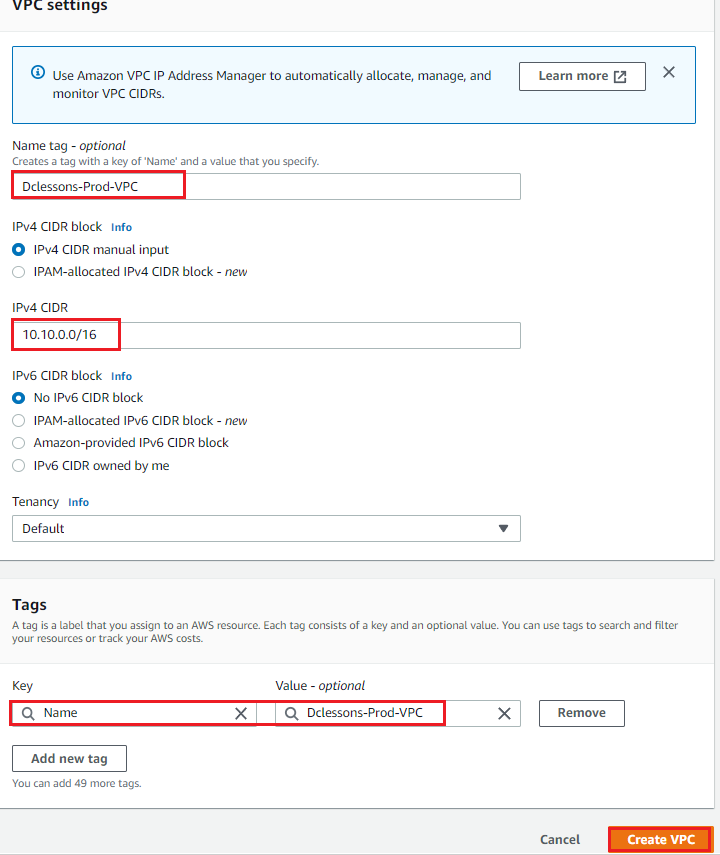 Like Wise Create other two VPC in respective AZ as per topology, refer below figure to implement 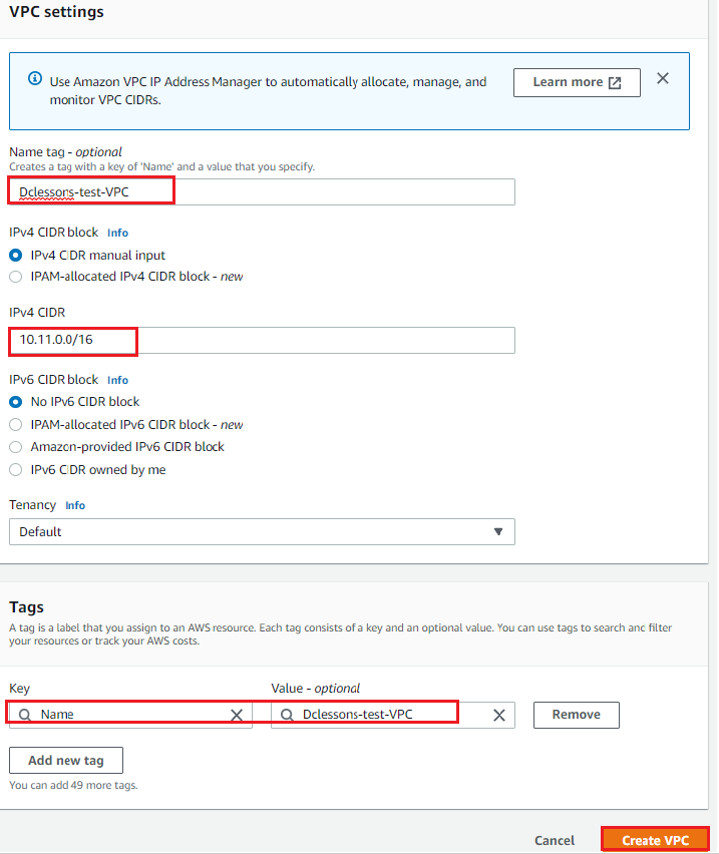 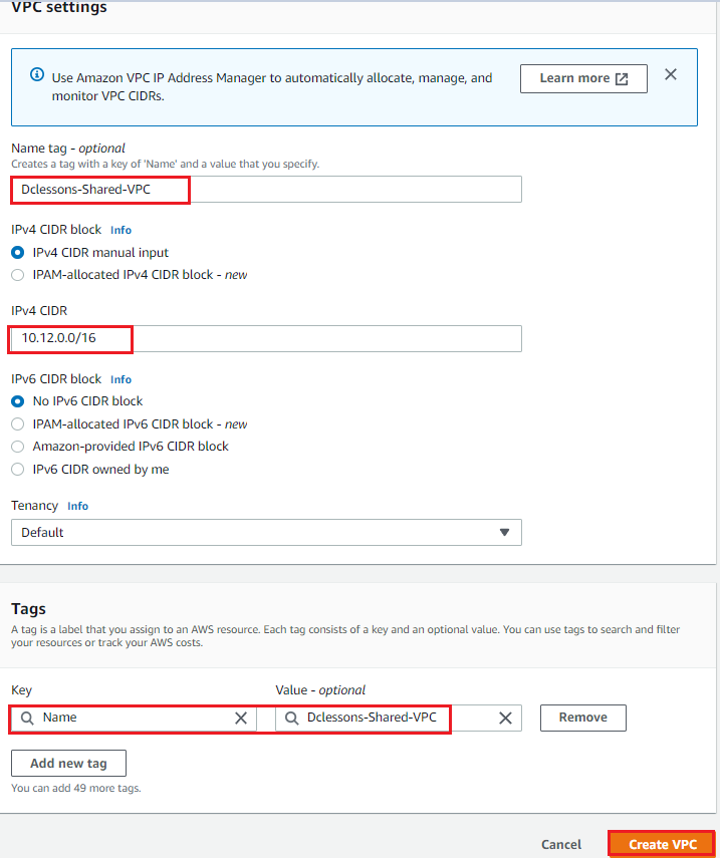 Now you can see all three VPC has been created in each AZ and has its own Route table associated it. We have Modified the name of each default RT with name Prod, test, Shared.

Refer below figure to configure subnet for test and shared VPC 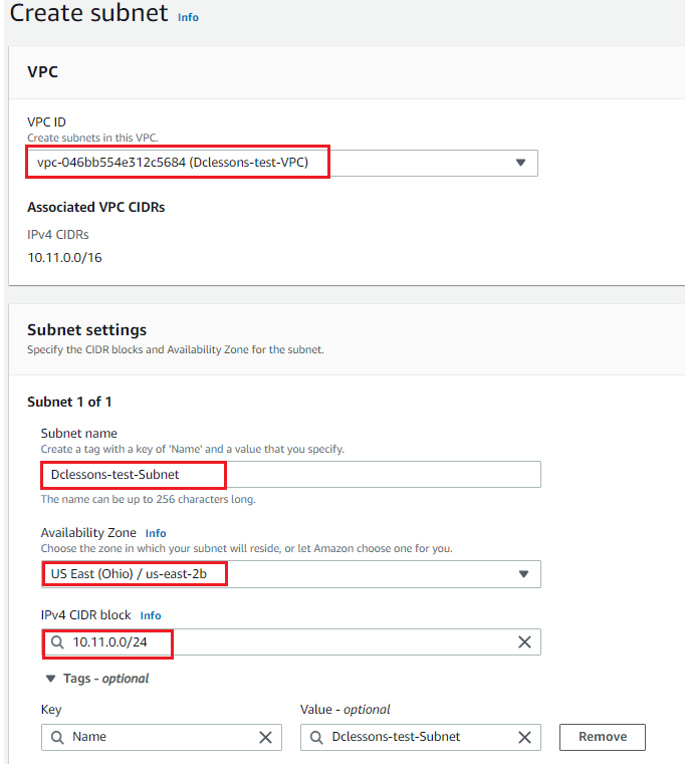 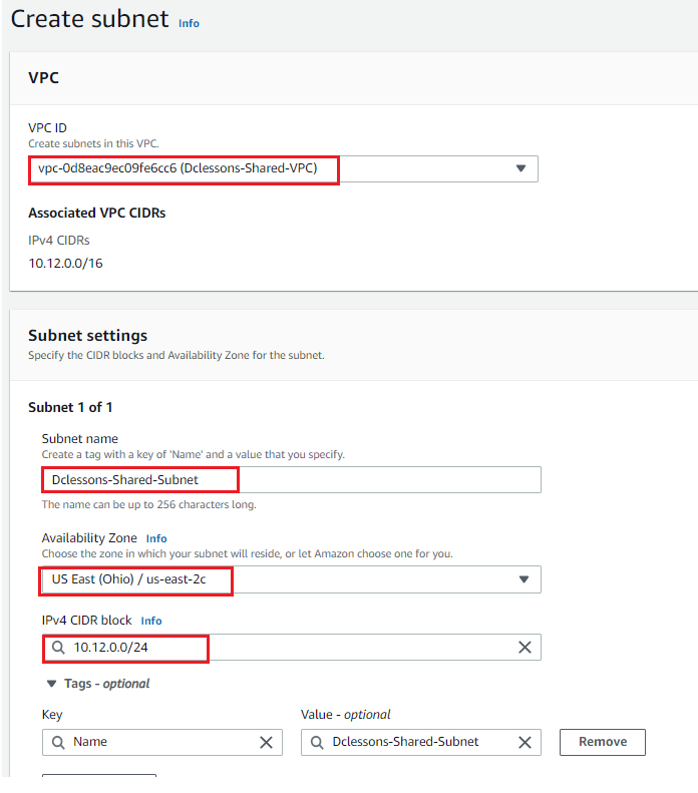 Now you can see all three subnets has been configured in each respective VPC. 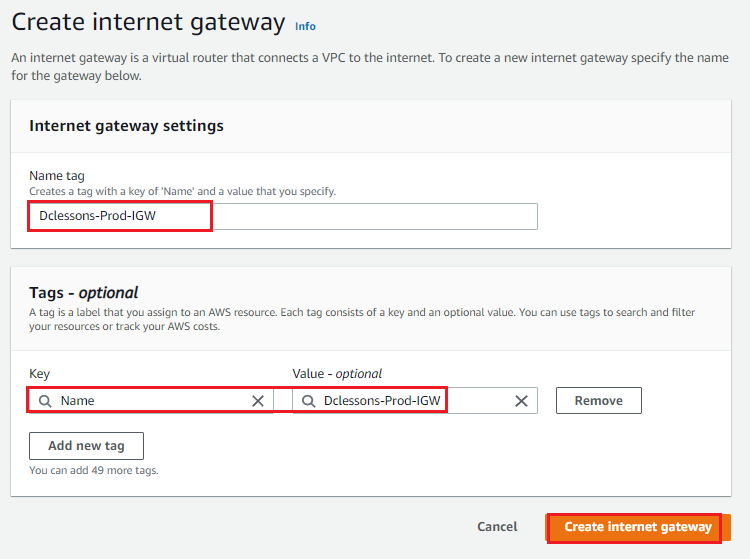 Now Once IGW is created, attach it with Dclessons-prod-VPC

Now We will configure Amazon Linux AMI Instance in each VPC, how Ever EC2 instance in Dclessons-prod-VPC will have Auto-assign public IP – enable , Select Default Storage and Default SG to allow all traffic . 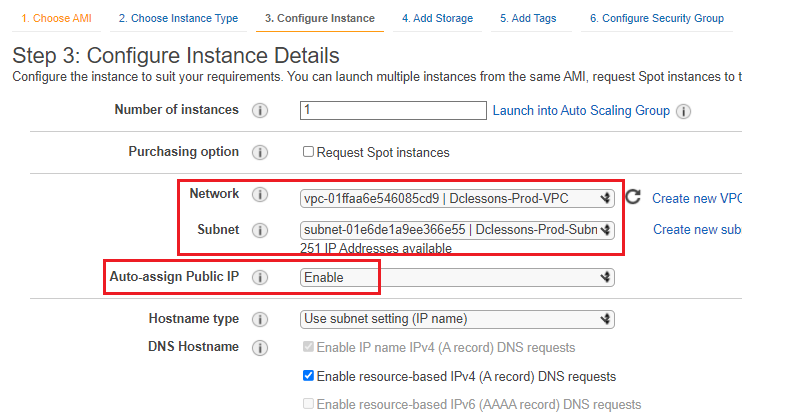 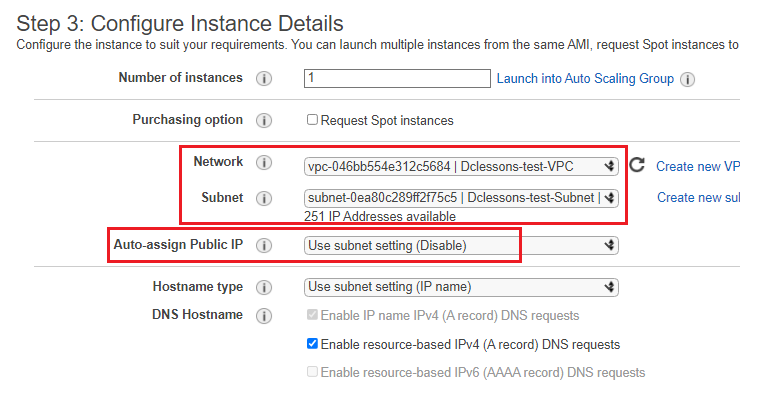 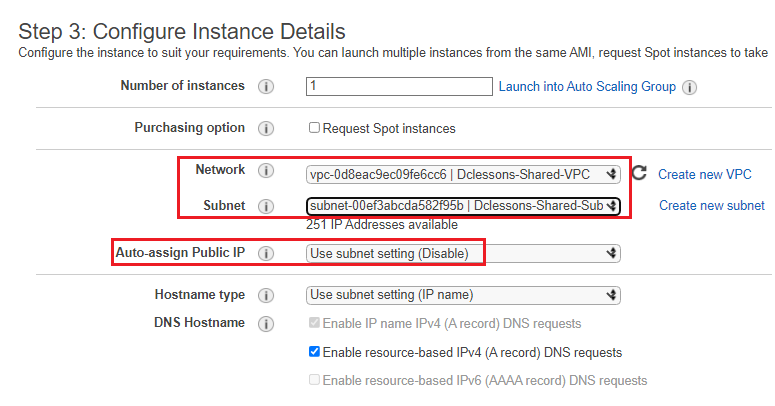 Now you can see all three EC2 instances are running in its respective VPC. 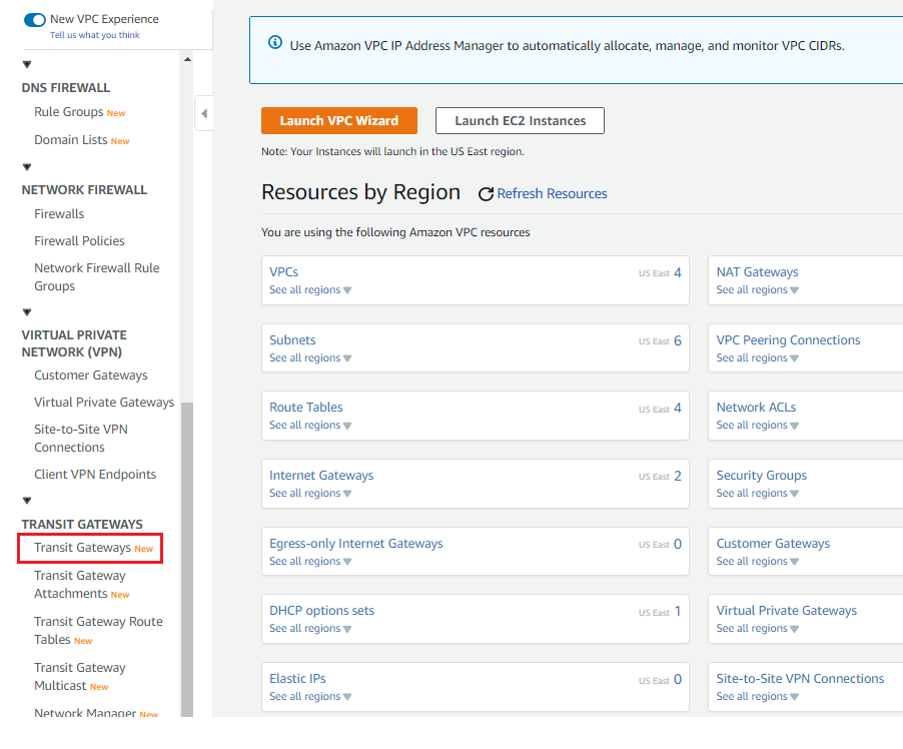 Once Transit Gateway is created, its setting can be seeing in detail, It has already associated Route Table and status is Active. 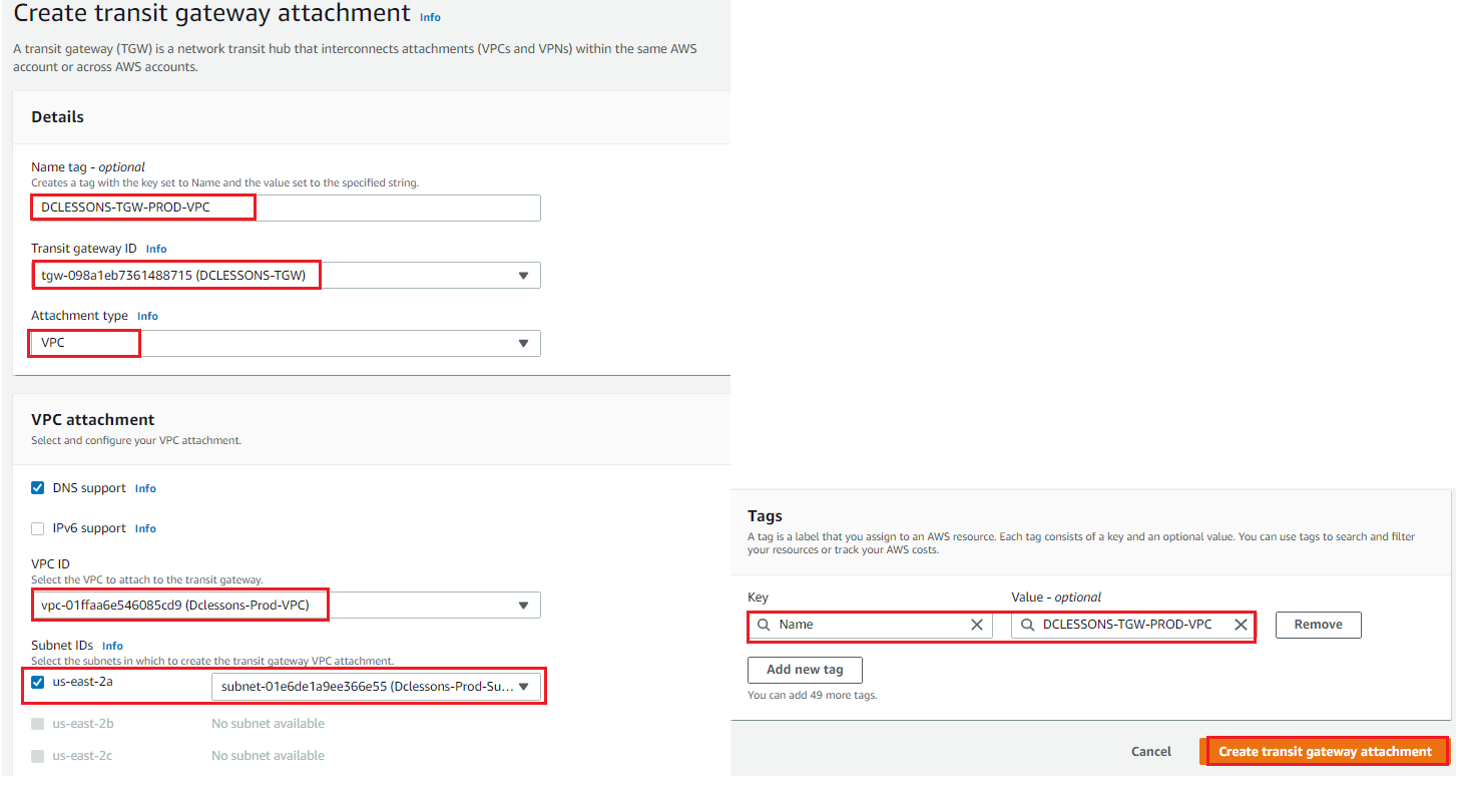 Like Wise Create Other Two Transit Gateway attachments for test and Shared VPC as shown in below figure. 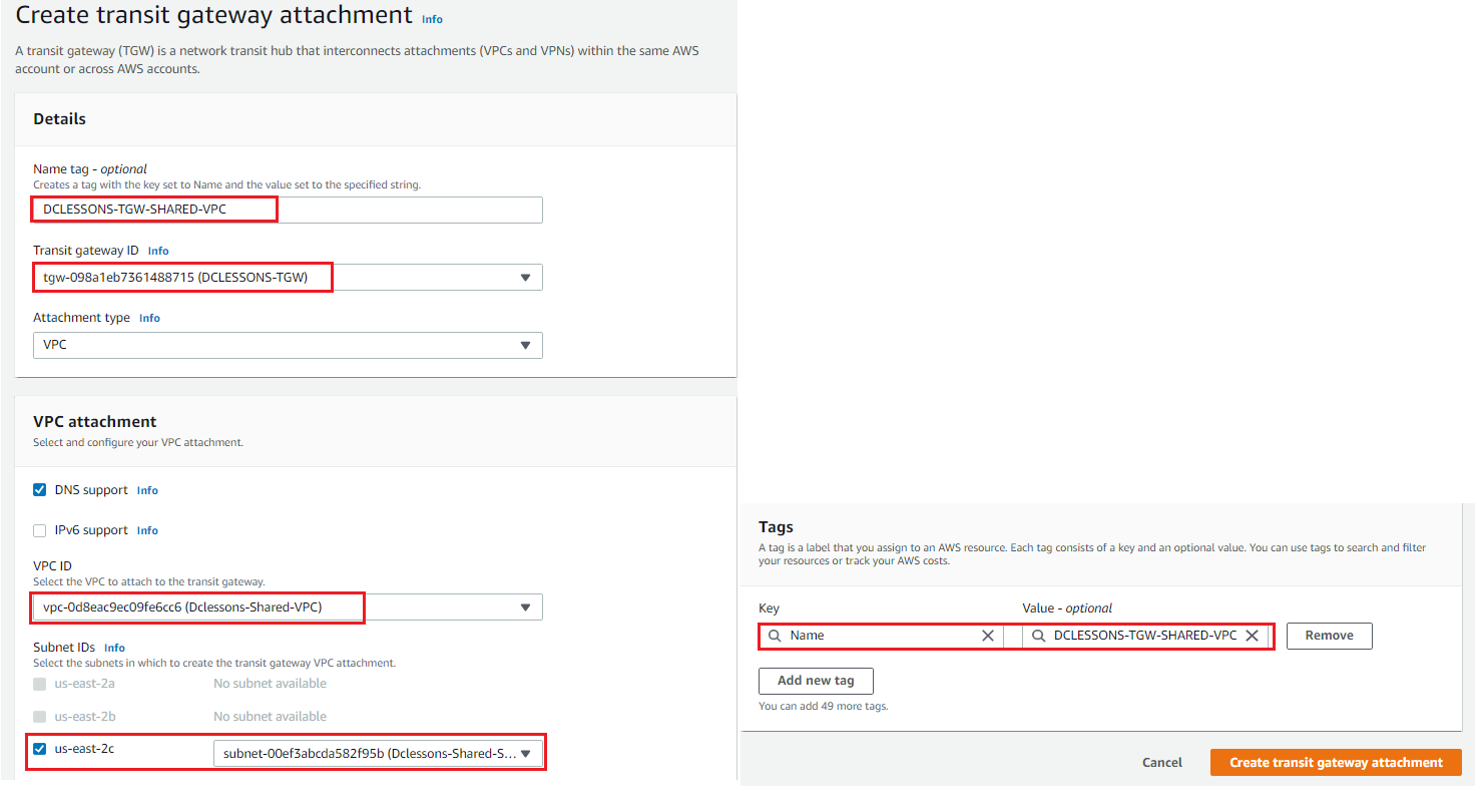