Instead of using VGW, we can also use the EC2 instance running VPN Software as VPN termination point.

Below are some scenarios, where we can use the EC2 instance as VPN termination point.

Below figure describes the VPN termination in an Amazon Instance.

In order to achieve High Availability, you must use two EC2 instance (Primary & Secondary) and use the VPN termination in an active and standby mode.

Now if want to achieve the failover from primary EC2 instance to Secondary, you have to automate it by using script. The Script will detect the failure of VPN tunnel and will make necessary changes to subnet route table to point to secondary Instance. 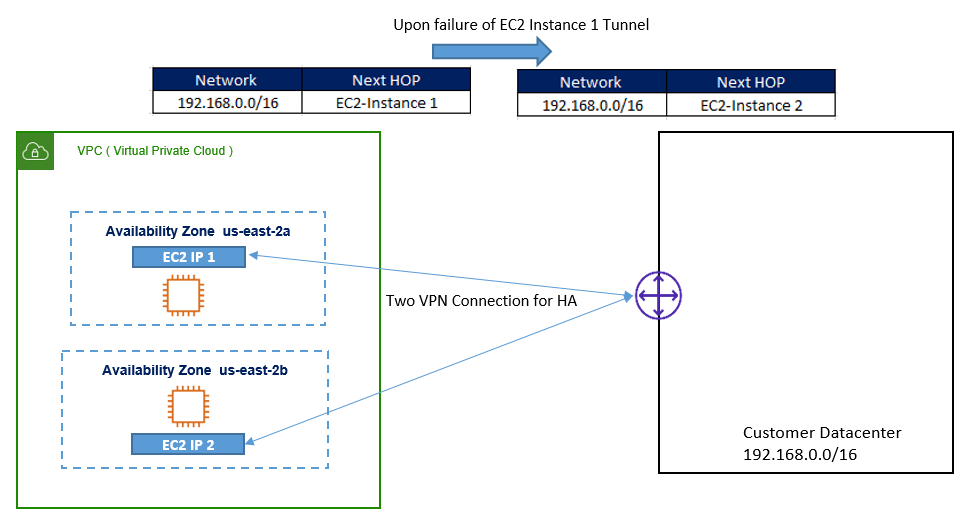 Matrices of EC2 Instance like – health, network traffic, can be easily watched using Cloud Watch. Cloud Watch will not be able to watch the OS or Software related issue like VPN Software, OS etc.

At the time of VPN Termination on EC2 instance, we must choose EC2 instance with good configuration.

If we will go for Vertical Scaling, we may require downtime, as new EC2 instance needs to be restarted. In that case, we should use EC2 instance in Active/Backup mode, to avoid downtime.

After a certain threshold, VPN throughput becomes fairly constant even with an increase in the Amazon EC2 instance size. This is because there is a limit in IPSEC Packet processing performed in Software.

There are two ways to perform this scenario:

In a single subnet, Central EC2 instance will run BGP for L3 load balancing & Routing with fleet of EC2 VPN instances, so that for all VPN traffic, Next hop would be VPN instance for all remote network. 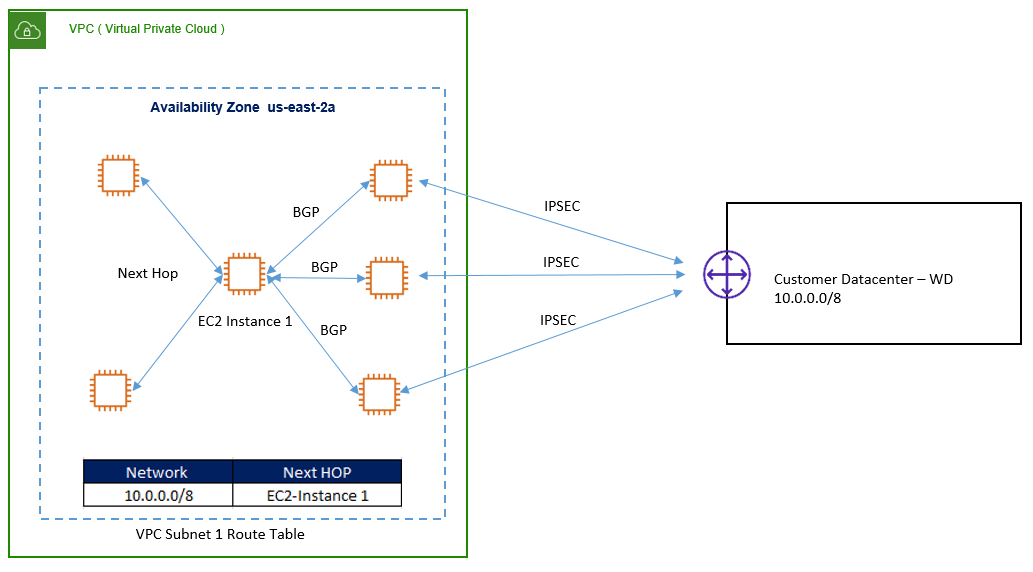 Here, for all remote network, next hop will be central EC2 instance as described in below figure. 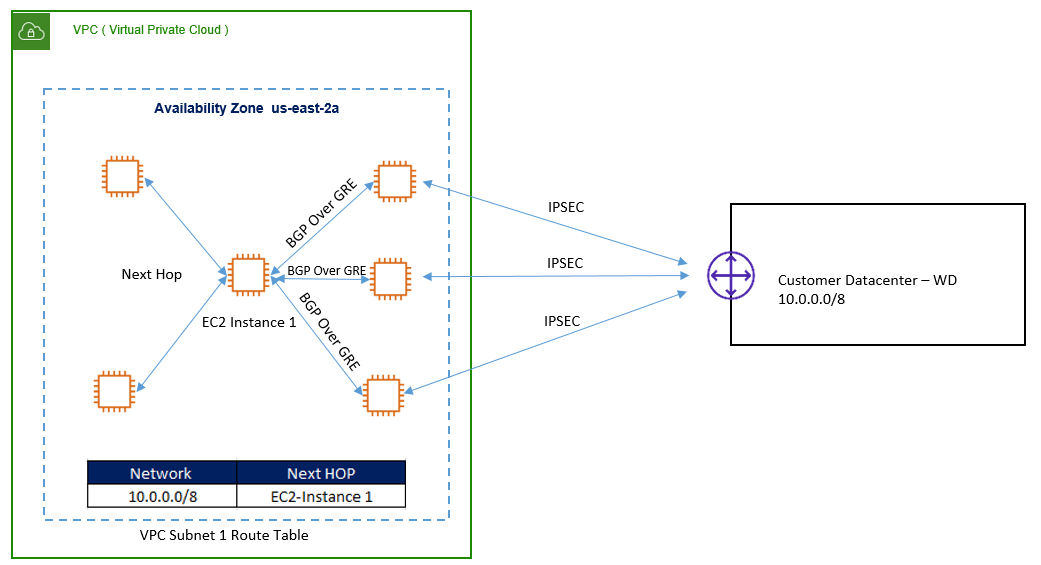 In the horizontal Scaling, we can launch Multiple EC2 instances and can using all in Active / Active Mode. Here we can use one VPN instance as next Hop for particular Prefix.