We use Gateway VPC Endpoints and Internet VPC Endpoints to access AWS Cloud Services without using internet or NAT device in your VPC. Customer Hosted Endpoints is used to expose your own service behind NLB as an endpoint to other VPC.

If you want to Encrypt all application traffic, you can use TLS at application layer, this approach is more scalable and does not impose any challenges related to High Availability, Throughput and Scalability.

But if your application is not able to encrypt data using TLS, then in that case you can setup Site to Site VPN over AWS Direct Connect. 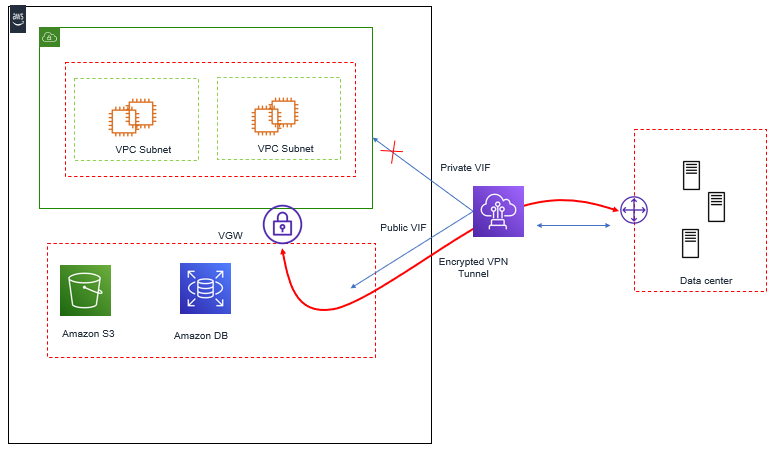 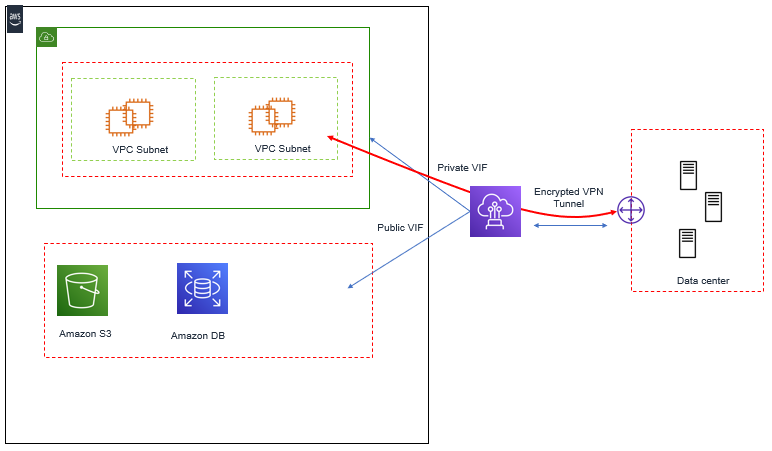 We can also use the Amazon EC2 Instance Elastic IP address via AWS Direct Connect Public VIF to terminate VPN. Here you can configure your On-premises router to filter routes received from AWS Router over AWS direct Connect public VIF and allow only Ec2 Instance Elastic IP address through it. Doing this all other traffic for other AWS Public IP spaces will be blocked. 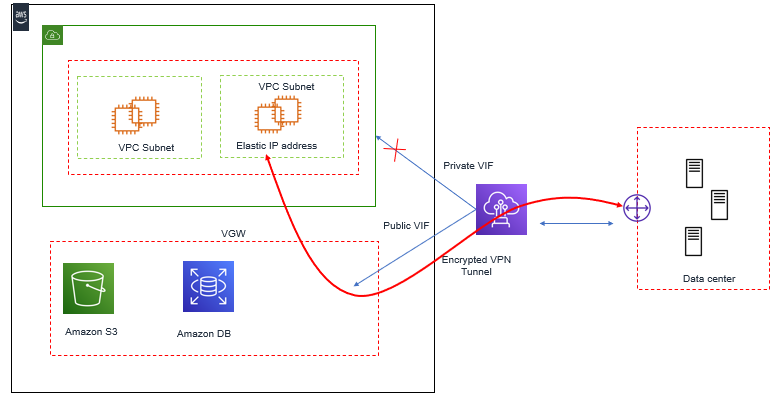 In order to achieve High Availability, you should use Amazon Ec2 Instance in different AZ for VPN termination.