In this section , we will learn how to migrate from existing customer managed Hub and Spoke  topology to Microsoft-managed Virtual WAN hubs.

Dclessons is a global Training organization , with offices in both Asia and Europe. Dclessons are planning to move their existing applications from on-Premises DC to Azure and have already built out a foundation design based on customer-managed hub-and-spoke architecture across multiple regions , as shown in below figure. 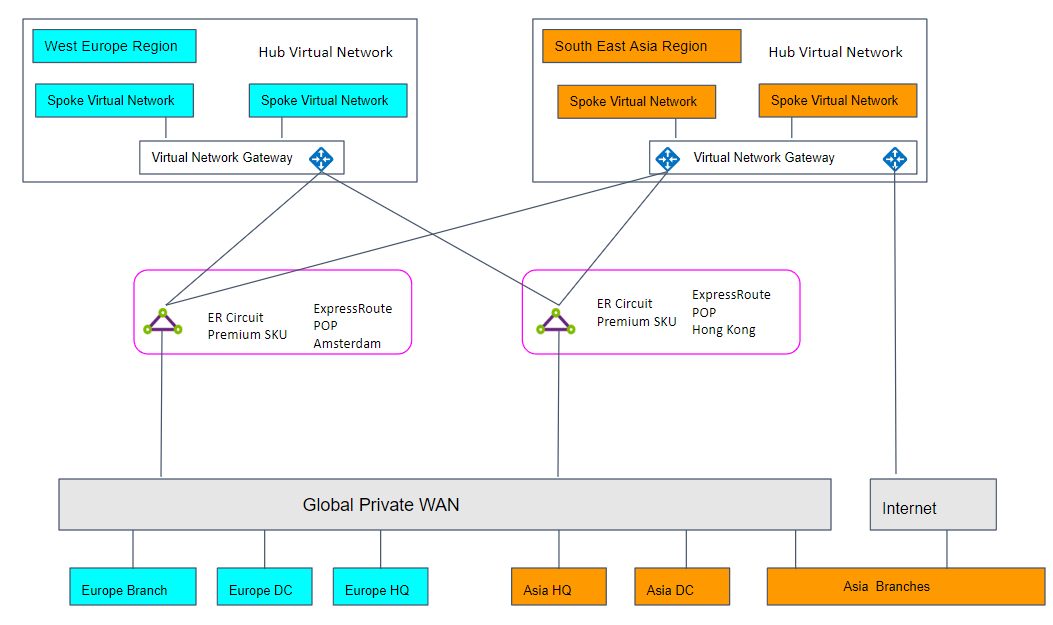 Below are the following points that can be leveraged from above topology.

DClessons Architect Team has to deliver a global Network Model that can support the Dclessons Cloud Migration and must optimize cost , scale  and performance. 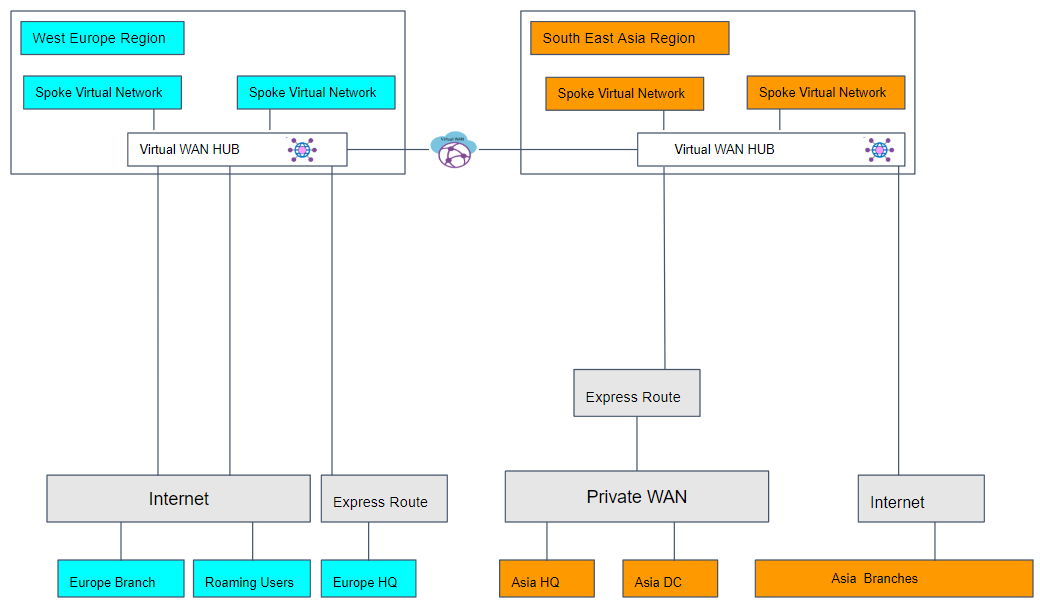 Below are some steps for migrating to Azure Virtual WAN.

Below figure shows a single region topology for Dclessons prior to migration to Azure Virtual WAN. 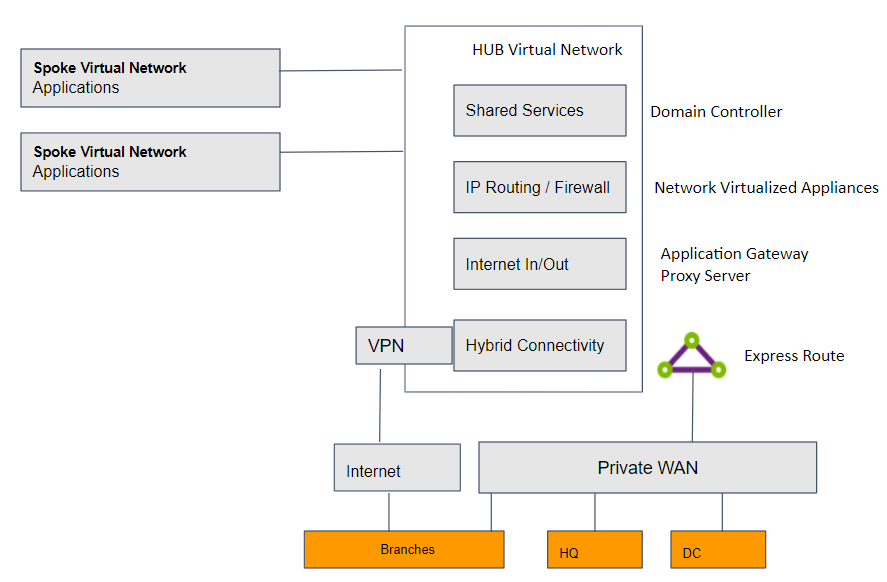