Here we will classify this packet forwarding in three section.

But for Layer 2 Broadcast, Unknown Unicast, and Multicast Traffic, VXLAN on Cisco Nexus 9000 Series Switches do the following:

For VLAN – VXLAN bridging packet flow we will use the following topology throughout the section to understand the VXLAN and Configuration. 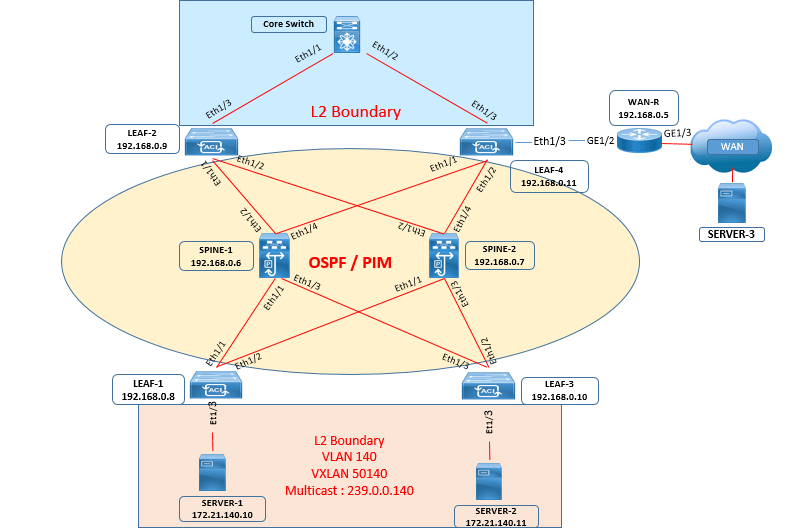 Following are the steps for the ARP request: