Bridge Domain is said to be a  broadcast domain that represents the scope of L2 network. In VXLAN network the Bridge domain extends up to 16 Million, segments of VNI. So with respect to VLAN, there are two types of encapsulation exits to allow mapping from VLAN to VNI and vice versa. This mapping is always configured on edge device or VTEP.

In VXLAN, the bridge domain consists of three components:

Most Servers send ethernet traffic which is encapsulated in certain VLAN. In ethernet segment VLAN must be spread across networks switch inorder to send the VLAN traffic from one switch to another with a limitation of 4K VLAN boundary. 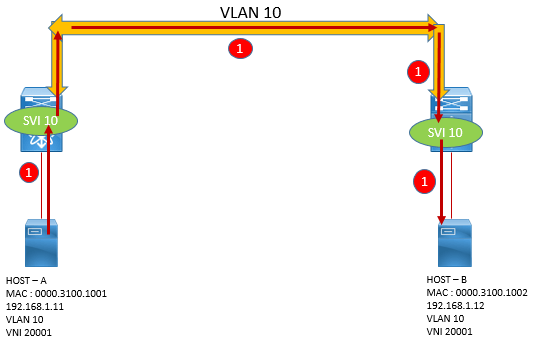 With VXLAN, the VLAN became the Local identifier and VXLAN VNI becomes the Global identifier. All ends points that needs to communicate to each other must be in same Layer 2 VNI.

On a given edge device, 1:1 mapping between VLAN and VXLAN must be done. 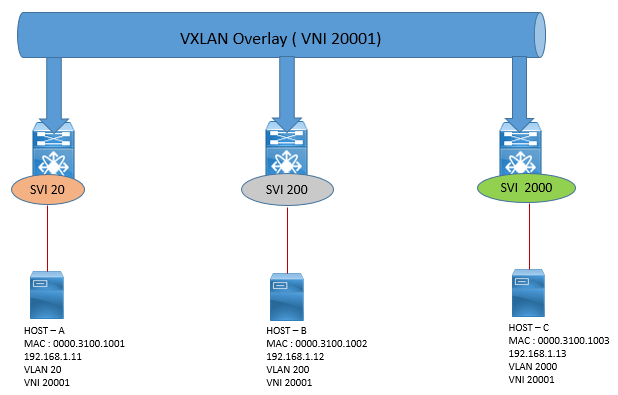 Per-port VLAN uses the VLAN ID arriving on the wire that is stored in the dot1q header. The edge device immediately maps this wire VLAN to an encapsulation independent identifier without creating this VLAN on the switch and maps the wire VLAN to a VNI. 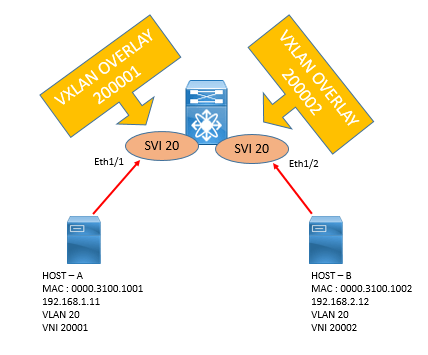 To advertise the L2VNI in the BGP-based EVPN address family, configuration of the MAC-based EVPN instance is done. In order to uniquely identify the EVPN instance (EVI) within MP-BGP, the instance consists of a VNI (L2VNI) and a Route Distinguisher. In order to support MP-BGP route policies, appropriate Route Targets are defined to ensure that prefixes for the instances are being imported. The values chosen for the EVI are unique for the given instance because they are unique to the L2VNI.

With the Cisco implementation of BGP-EVPN, the Route Distinguisher (RD) and route target (RT) values are derived automatically. The RD is generated from the router ID and the internal Layer 2 instance ID. The RT is derived from the autonomous system number (ASN) of BGP and the Layer 2 VNI (L2VNI). Note

that if eBGP is employed for the underlay, the RTs need to be manually configured because the ASN may be different for different edge devices.