It enables host to access the private network of company via public network or Internet via secure connection.

There are two types of VPN connection.

The TLS (Transport Layer Security) and other protocols like Secure Socket Layer are cryptographic protocols based on X.509 digital certificates. It is like client – server process and below is the step of operation.

There are two modes of SSL VPN configuration.

In web-only mode, user creates the VPN connection via web browser which has built-in SSL encryption and supported Java runtime. Before SSL VPN is created, User must be authorised.

As soon as SSL VPN session is established with fortinet unit, a web portal will be available which list all the supported services like HTTP, HTTPS, and TELNET, SSH etc. just like below screen shot. 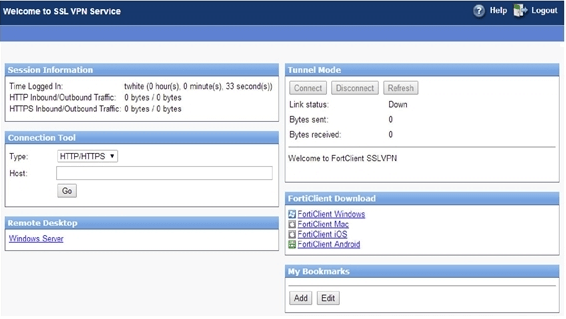 In this mode VPN tunnel will be created by logging in to Web SSL VPN Portal. In this mode following are the steps.