Let’s discuss one by one. 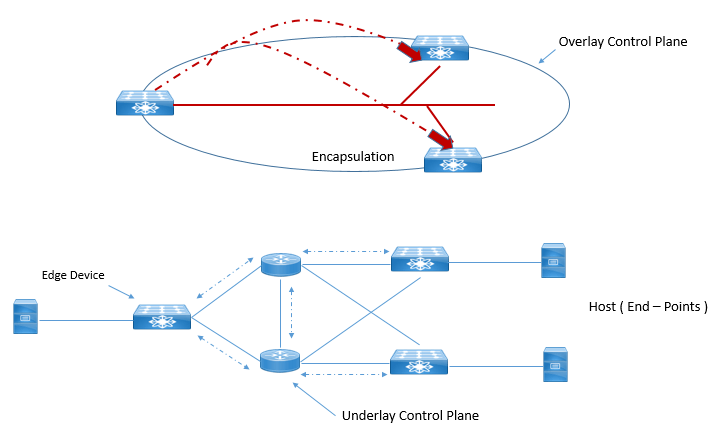 This Underlay consists of Routers, Switches, and WLC, along with all combination of traditional routing protocols required to provide IP connectivity between each other , which further eliminates the requirement of STP , VTP , HSRP, VRRP etc. And On the top of it running a logical fabric topology builds functionality like multi-pathing, Optimized Convergence, Simplifies deployment & Troubleshooting.

Custom underlay: Existing Network or network which has been configured and managed manually with CLI or API without use of DNA Center.

In this you only have to provide necessary IP address to allow the IP reachability to the external network, rest all other aspect of network underlay and fabric overlay is fully automated.

It is the logical, virtualized topology which are built on the top of underlay network. SD-Access Overlay has three main building blocks:

Fabric data Plane: Using VXLAN Protocols to send and receive data packet between source & Destination with Group Policy Option (GPO). VXLAN encapsulation is IP/UDP based and is used as Data plane over LISP because it includes Layer 2 header and also have option to include VNID and Group Segment ID. It also provides advantage for both layer 2 and Layer 3 virtual Overlays.

Below Figure shows the fabric data plane based on VXLAN

Below figure also shows how VXLAN – GPO header is used in SD-Access. 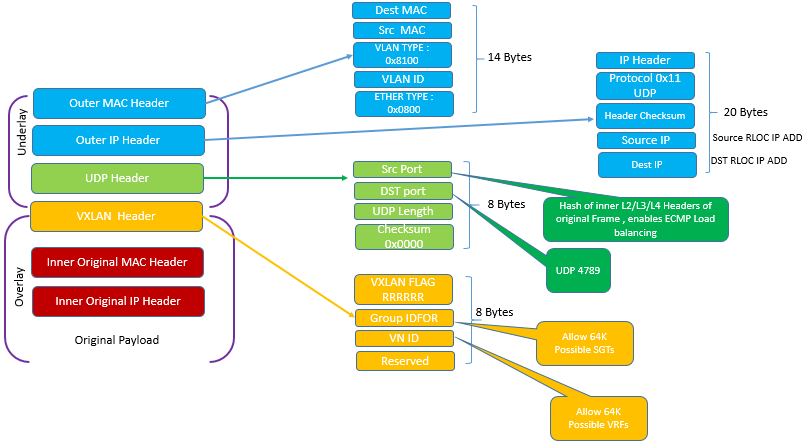 Fabric Control Plane:  Logical mapping and resolving of users and devices with the help of LISP protocol. Fabric Control plane uses LISP technology , which every router uses in SD-Access fabric to share the all possible end host IP learned by it to Centralized Mapping DB located on MAP server or MAP resolver.

SGT is 16 bit tag ID which is separate from network address, which allow users to create network policies based on SGT only. When SGT and VN are combined together, a two-level hierarchical policy model is created.

The use of this technology has following advantages: