Before we talk about how talk to SD-WAN network Branch and how migration is done, let’s understand  what ports and Protocols are being used for communication on SD-WAN NSX VeloCloud environment.

Below is the figure that explains that:

There are two options to which HUB can create Tunnel: 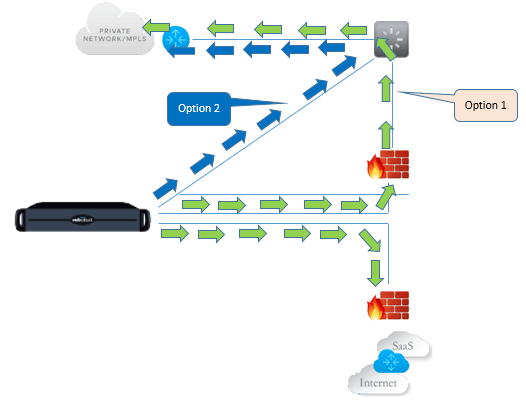 Following are the Migration flow of any WAN sites which has to be migrated from Typical WAN to SD-WAN using VeloCloud technology.

There are two ways to connect the Non SD-WAN sites to SD-WAN sites, which are as follows:

Use HUB Site as Transit:

Following are the some highlights of SD-WAN VeloCloud.

In the SD-WAN environment, our design should be in such a way that Branch site should not become transit site, to understand this let’s assume the below topology: 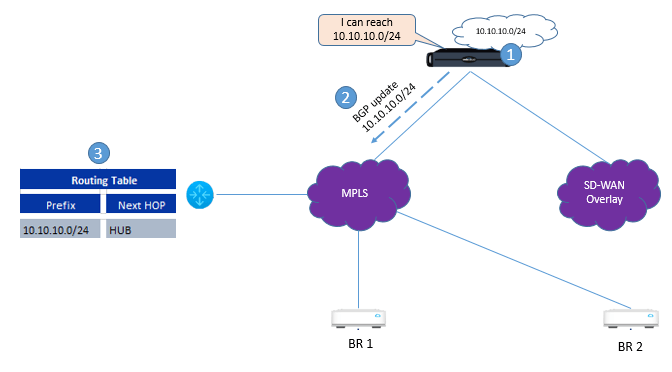 Let’s discuss it point by point 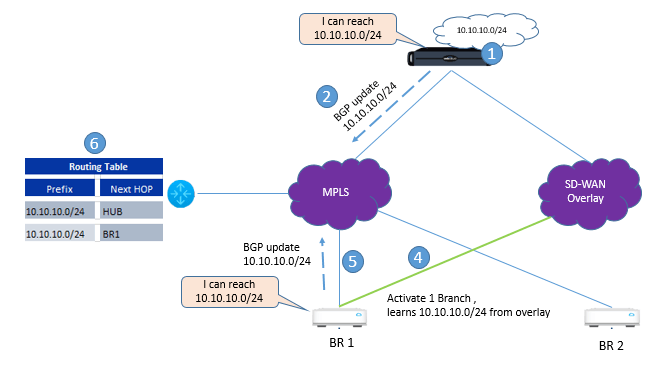 To avoid this following steps should be taken:

But this can be more complicated, so there is various technique developed by Velo cloud which is been discussed below:

Uplink neighbor is the neighbor who takes you in and out from network and is CPE or PE router. So if you mark the neighbor as uplink, to the int which is connected to that neighbor, mutual re-distribution between overlay and underlay will be prevented.

This is the case when the Traditional CE and VCE is connected via L3 switch , (typically used in DC ) , in this case we cannot define the CE router as uplink neighbor, now if you want to tag the prefix coming from CE router – tag it , that means anything that is coming from CE router will be tagged by a certain community , so now when VCE will learn the prefix from its neighbor , it can easily distinguish that which prefix is learned by CE and which prefix is learned by LAN  and so that based on tagging it can redistribute the LAN prefix to Overlay and not CE learned Prefix to Overlay.

It does the following:

Lets suppose take an another example , here I want to reach to legacy MPLS site from Hybrid branch , and not via Overlay , but if my MPLS goes down I want to send the traffic to MPLS router via HUB.

Sol: To achieve this tag the MPLS prefix with community so that as soon as it reaches to Hybrid Router, Hybrid Router will guess that this prefix is not belong to SD-Wan site and will use it as backup also it will not advertise the prefix to underlay( MPLS) again.

Route Preferences, for a given prefix