Container & VM both run on host machine. In VM, a hypervisor runs on each host and then VM is created and on top of each VM suitable OS is installed and then application is hosted on it. So each VM will have operating system hosted. Once Host machine is powered on, it shares all of it RAM, CPU, Storage and NIC to VM working on it. 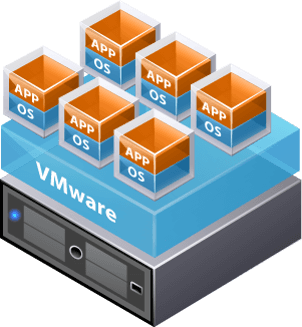 When we run an image, an instance of it is formed and we name it containers. From a single image, multiple containers can be build. Containers share OS/kernel of host on which they are running.

Container runs till the time the app they are executing. In container, Host machine has native OS which claims all of the host machine resources, on top of OS docker Daemon is installed On top of it containers are run and application is hosted on it, The Container engine takes all OS resources such as process tree, file system, and network stack and carved them in to secure isolated construct called containers. 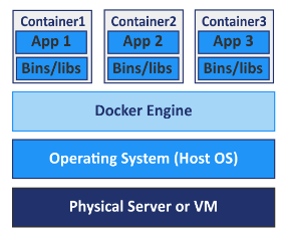 Whenever container are run, they must have some re-start policy so that docker automatically restart them after certain event or failure.

Unless-stopped: container with –restart unless-stopped policy will not be restarted when daemon restart if the containers are in exited state.

All these restart policy to a service object as applied as below:

In order to clean everything on container present on docker host, run following command:

Use this command with caution because it will forcefully destroy all containers without giving up chance to clean up.

Following are the process to containerizing an APP:

Below is the overall steps: 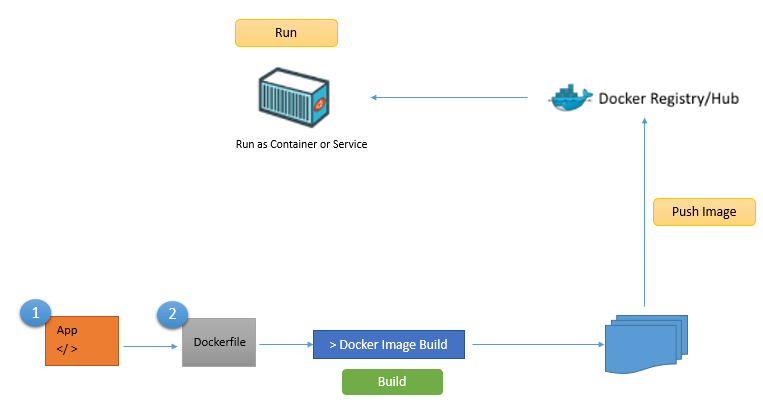 How to containerize the single container APP:

Below are the procedure to containerize a single container app: