At the time of release, Docker engine has two components:

LXC helps in providing all the facilities or we can say provides all building blocks of containers that are present in Linux Kernel, like name spaces and cgroups. 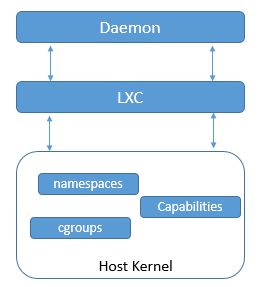 The above figure will show how daemon, LXC, OS interacted in older version of docker.

LXC has lots of issues or we can say that it has large number of shortcomings like LXC was Linux specific which was a hurdle for multi-platform environment.

Due to which Docker builds its own toll called libcontainer which was replacement of LXC. This libcontainer was platform –agnostic tool which has access to all fundamental container building-blocks that are present inside kernel. 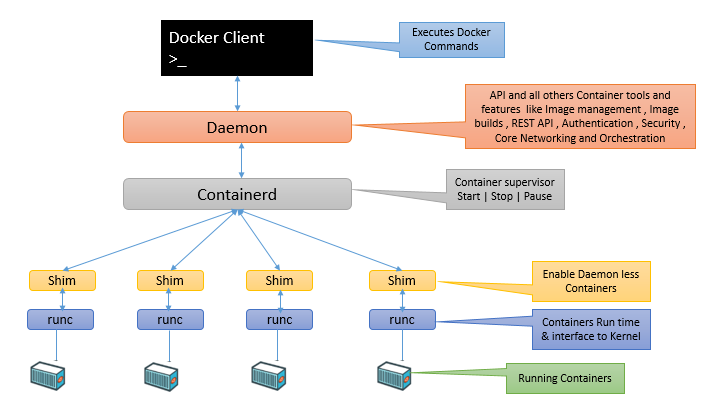 OCI was a process which defines two container related specifications:

Docker uses these two specification in its different layers of Docker Engine Architecture.