Mininet is the Virtual machine system which creates the virtual switch, Virtual host under it. It is the best tool to create the Open Flow virtual switch and hosts and these host can be easily connected to virtual ports of virtual switch, IP can also be assigned to these hosts and work well to test SDN parameters in SDN LAB environment via ODL controller. 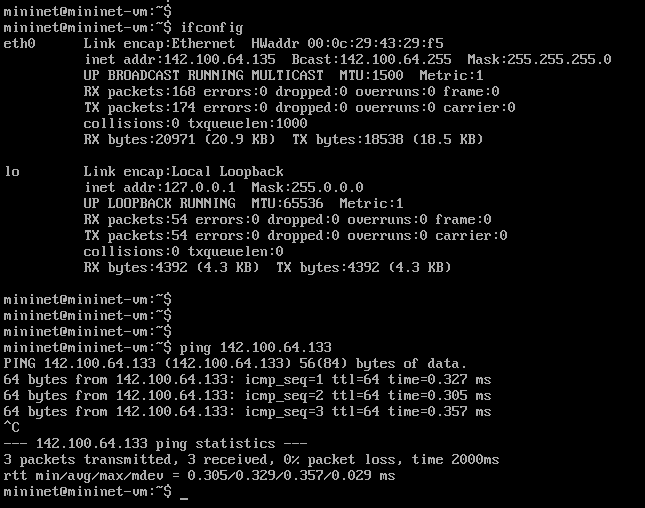 Here we will be covering some overview information about Mininet.

Mininet is a tool through which you can create the virtual switches and host and connect to them. It also help these OpenFlow virtual switch to get registered in SDN ODL controller. 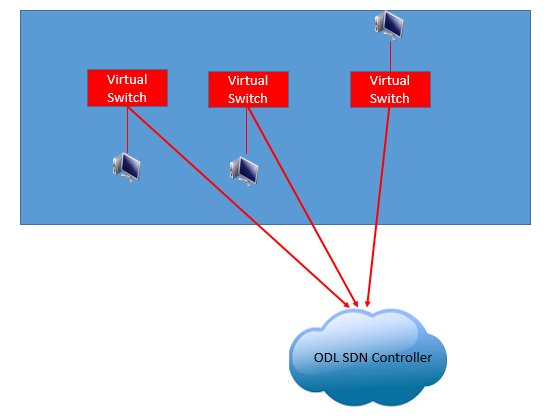 sudo mn command is used to run mininet and to build the topology.To get various version of  mn command you should run following  command:

once you run this command , you will get all the other option available under mn which helps you to explore the mininet more. 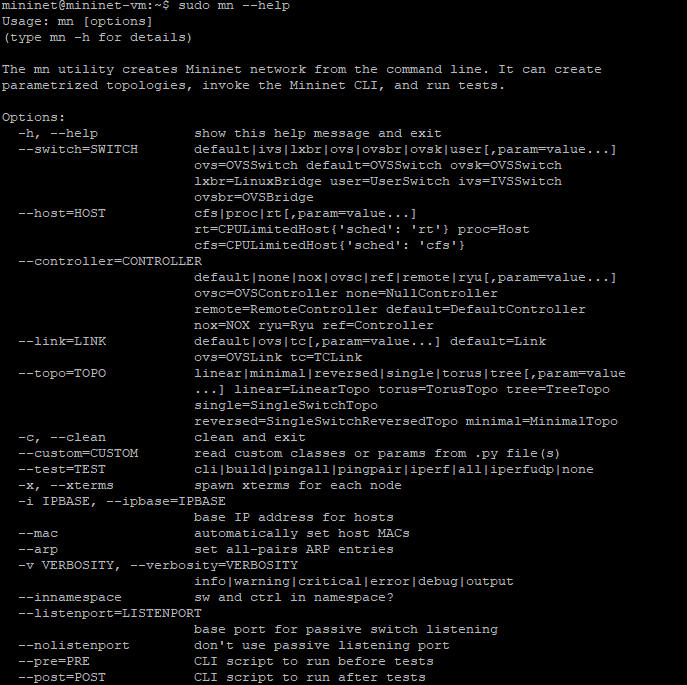 As you see the  --switch provides you option to choose the type of virtual switch which Mininet can create like OVS, IVS, or OVS Bridge.

By running the default mn command in mininet , creates the default topology with one virtual switch and two host connected to virtual ports of that switch. 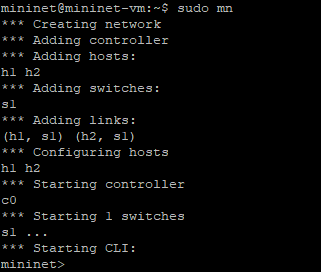 Here , two host h1 and h2 are created and it also added on switch s1. Both host are connected to virtual switch s1 and you are under mininet command prompt. 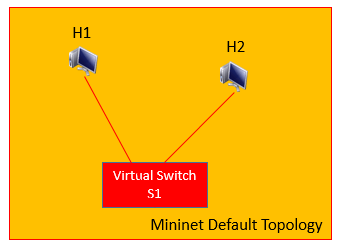 Under mininet command prompt you can achieve the following :

How to get the details of current topology and network information via mininet:

To get the network topology from CLI you can use the net command as shown in below figure:

Here , you can easily see the following connectivity.

Now in order to check the ip address allocated to these host h1 and h2 , use the following command as shown

To check what Ubuntu or OS version these hosts are using , you can run the following command :

How to integrate the mininet with ODL :

To integrate the mininet with ODL you have to run the following command :

This above command will install the important and required module to enable ODL to perform as ODL controller and enable l2 switch functionality on it. Once you install this l2 switch module your ODL will start listening at TCP 6633 which is OPENFLOW service which is required to provide communication between Mininet and ODL controller.

Now once you are able to login to ODL via Web interface. We will try to build the following topology in mininet with below command

Now login to ODL web-interface and click on topology :

You will see that ODL has learned the two Virtual switch , this happens because Mininet will send 2 Hello for each virtual switch to ODL and then in reply ODL will also send 2 HELLO Reply , so by doing this your two Virtual switch will be discovered in ODL. This has been captured via wireshark in below figure

Now in Mininet, ping h2 from h1 for testing:

Now as soon as you ping, ODL will detect the two host and enable the flow between them to make ping successful.

Now login to ODL and check the topology section again and you will see that ODL has detected the host has connected to switch interface. 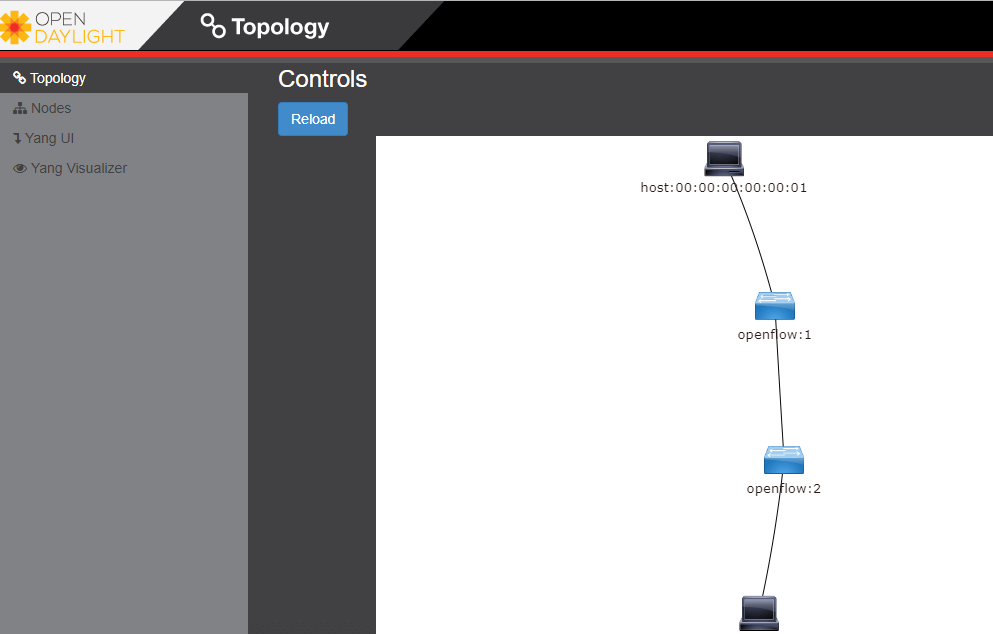 Now let’s see how packet moves from h1 to h2 and how ping gets successful. Now as soon as h1 starts ping to h2, h1 does not have MAC address of h2 so h1 by default sends the ARP request to get the MAC of h2 host. 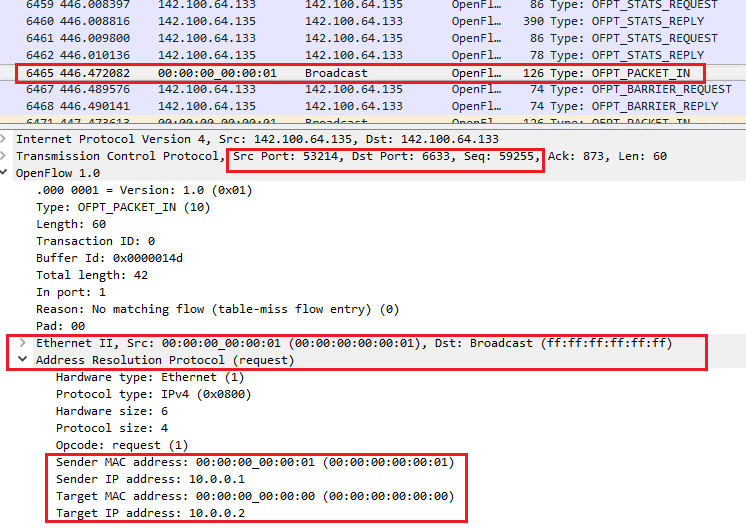 As soon as ARP request was sent to switch s1 , with broadcast destination as ff.ff.ff.ff.ff.ff , switch do not know what to do for this packet so , switch s1 forwards the Arp packet to SDN controller.

As soon as ODL receives the packet , Its L2 Switch module starts handling the packet , where this module decaptulates this ARP packet from openFlow message and find that request is to get the MAC address for 10.0.0.2. Now, Neither ODL and Nor its L2 Switch module has prior information about where 10.0.0.2 is connected and what’s its MAC address in its any table. So ODL will tell to Switches how to handle the broadcast frame because the virtual switch has no logic how to handle broadcast frame.

You can see 7642.7644,7645 and one more MOD packet now shown here are FLOW-MOD packets from ODL controller to Mininet. 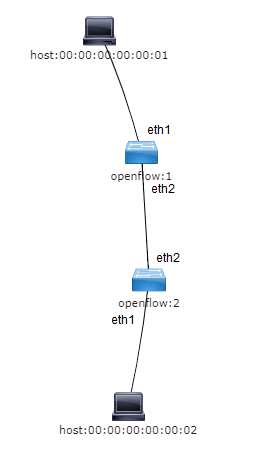 Via these MOD message, ODL program the Flow table for each Virtual switch and tells each switch to forward the broadcast message to both port 1 and port 2 that is why ODL generates the four packets.

With this method, OpenDaylight installs the flows inside OpenFlow switches, and hosts will now be able to communicate with each other.

Summery of the above discussed packet flow:

Following shows the steps for ping between host H1 to H2 :

Note that OpenDaylight is smart enough to avoid this by sending an OpenFlow MOD message to S2 prior to receiving such a message.