Let’s understand this with an Example, when a programmer develops a class, he also develops an instance of it, whenever he wants to use this class feature. When an another developer also wants to use the feature similar to it, then he doesn’t need to create a different class from scratch.

Let’s understand this by a Python program

Example 1: Write a Python program to create EMPclass and store it in EMPclass.py module.

When programmer wants to use this class, that is under EMPclass.py file, Programmer needs to simply import this class in to his/her new program names as EMP.py.

Refer below example to understand this program. 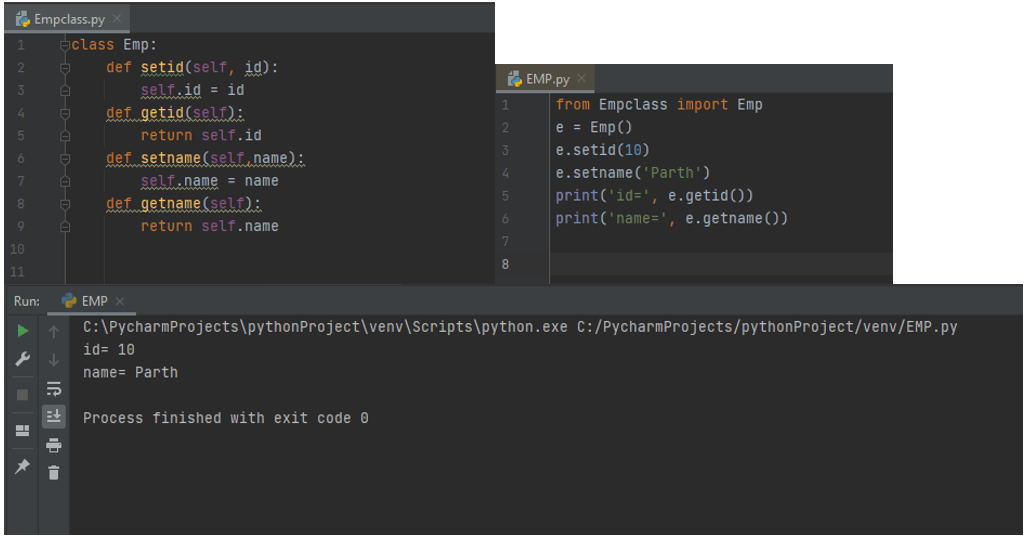 Above output when EMP.py is run, shows the use of EMPclass under EMP Class. Once the EMPclass is completed, the programmer stored EMPclass.py program in a central database that is available to all members of the team.

Now let’s understand this by another program, where a class called student is created by a programmer and save it by student.py to use its feature in his/her subsequent program.

Example 2: Write a Python program to create student class and store it in student.py module and then use this class in second Python program. 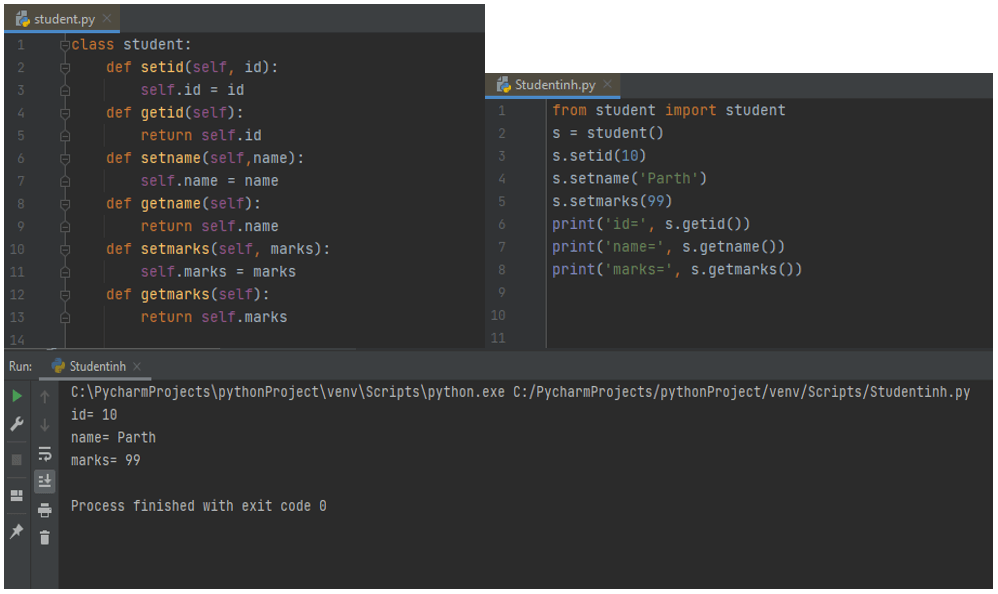 Let’s understand this by an example, where a super class by name father.py is created and is derived by sub class son.py. The super class – father.py has a constructor, under which a variable ‘property’ is declared and initialized with 80000.00/-. Now when Son class is created from father class, this constructor is by default available to Son class. Now method of super class using sub class object, it will display value of property variable.

Example 3: Write a Python program to access base class constructor from sub class. 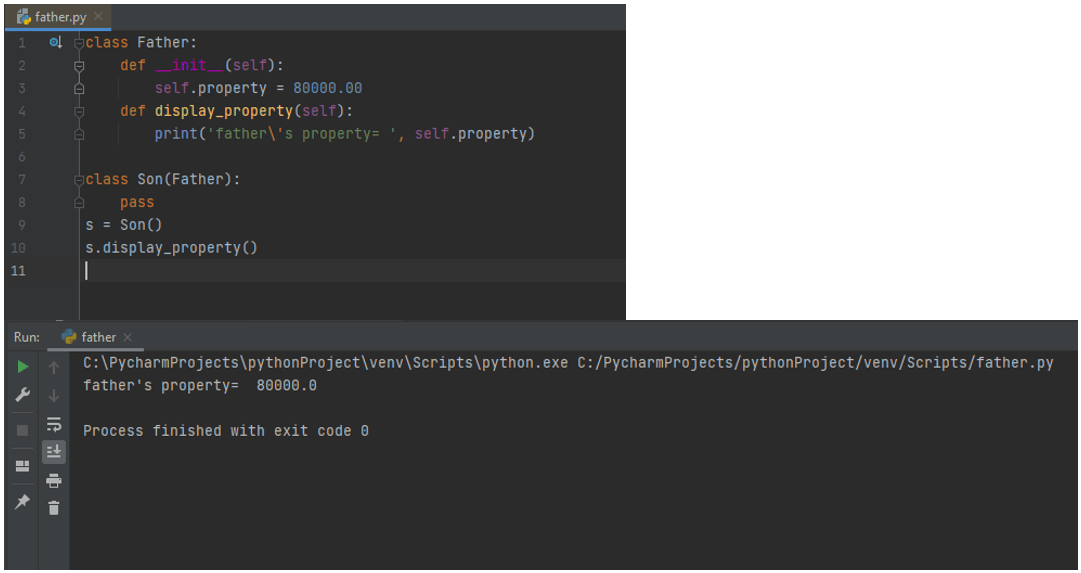 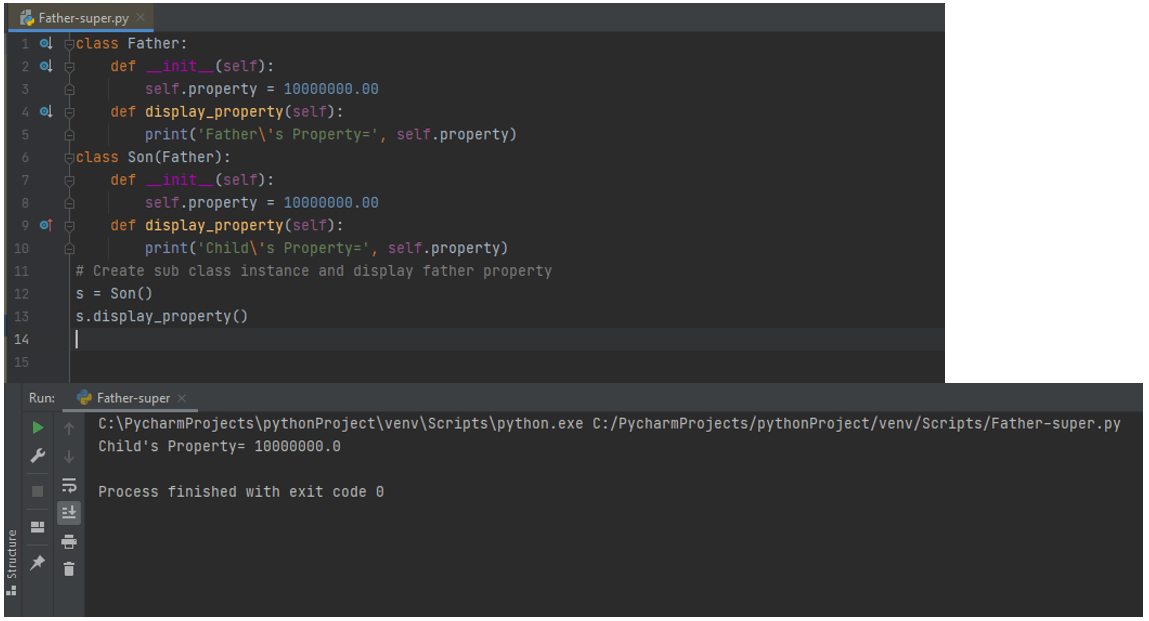 Below is some method, by which super () is used in various ways.

Example 5: Write a python program to access base class constructor and method in the sub class using super (). 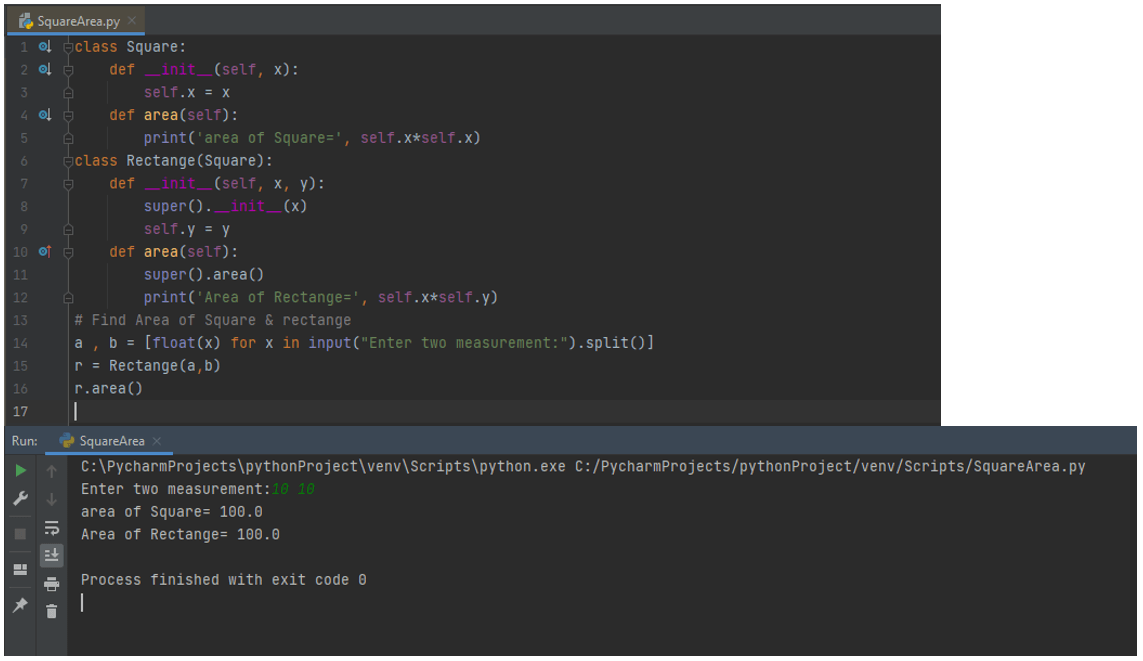 When a variable store different types of data, an object may exhibit different behaviors in different context or a method may perform various tasks in python, this type of behavior is called as polymorphism.

Below are some example of Polymorphism.

When an operator performs different types of actions, it is said to be Operator overloading.

Les understand this by an example.

Example 6:  Write a program to use addition operator to act on different types of objects.

In above example, + operator is performing different actions other than what it is meant for.

Example 7: Write a python program to overload the addition operator (+) to make it work on class objects.

When a method is used for more than one task, it is called as method overloading.

Example 8: Write a python program to use method overloading to find sum of two or three numbers.

In this, sum () method is used to calculate sum of two or three numbers and hence is doing one or more task.

When there is a method in super class and if same method is used in sub class, due to which it replaces the super class method is called as method overriding.