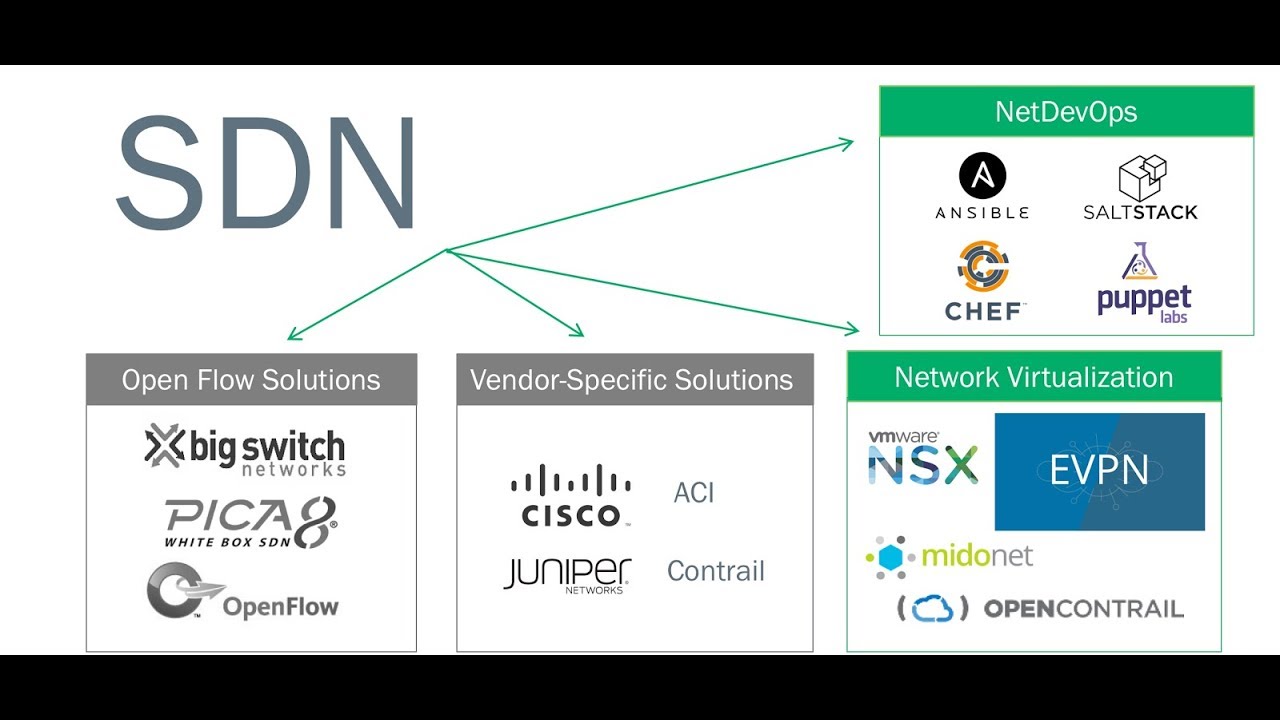 OpenFlow is the protocol that allows the SDN controllers to communicate with the forwarding plane of network devices. It is considered one of the first software-defined networking (SDN) standards.

An SDN Controller is the “brain” of the SDN network.

Any device that wants to communicate to an SDN Controller must support OpenFlow protocol. Through the OpenFlow, the SDN Controller pushes down changes to the switch or router flow-table allowing network administrators to segment traffic, control flows for optimal performance, and start testing new configurations and applications.

One of the most popular protocols that are used between the network devices and the SDN controller is OpenFlow. E.g., OpenDaylight.

Now let’s think about some of the hardware that Cisco offers.

Device vendors have adopted the concept of SDN. SDN aims to change the way companies build their computer networks. This section shows the various adoption of SDN by various vendors.

We can see in detail about Avaya, HP, Brocade, Cisco, and Vmware in the next cards.

Avaya presents its SDN framework as a use case for the below services.

Cisco is one of the largest multinational company that deals with network devices. It is one of the worldwide leaders in IT and Networking.

Cisco has committed to SDN by providing production-ready OpenFlow based controller and OpenFlow agents.

Hewlett Packard (HP) is a popular software and hardware vendor that has shown its focus to SDN.

VMware NSX is the network security and virtualization platform for the Software-defined data center. It is originated from VMware after they acquired Nicira in 2012.